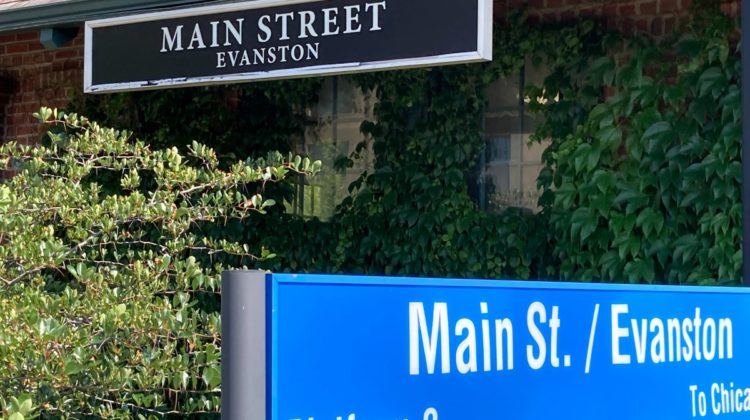 Metra will not eliminate reverse rush hour stops at Main Street and Central Street stations after all.

The commuter rail agency is changing schedules on the Union Pacific North line through Evanston, nearly doubling the number of weekday trains from 40 a day during the pandemic to 76, effective July 12.

However, the schedule announced earlier this month would have reduced the number of rush hour trains stopping at both Main and Central for reverse commuters, riders who go northbound in the morning instead of to downtown Chicago, and come back south in the evening.

That angered passengers like Glen Cole, who boards at Main Street and rides to Lake Bluff where he works.

When informed today that Metra has changed the new schedule to have three rush hour trains in each direction stop at Central and Main for reverse commuters, Cole told Evanston Now “that’s what I was hoping for.”

Metra ridership is going back up systemwide as the pandemic recedes, now at 17% of pre-virus normal. It had dipped to 3% during the worst outbreaks of COVID-19.

Once the new pilot schedule is implemented, the UP North line will actually have more weekday trains (76) than before the pandemic (70).

“We’re trying something different,” says Metra spokesperson Michael Gillis. “We will have more frequent off-peak service,” with predictable, easy to memorize departure times to and from Chicago. Main Street and Central Street will still have plenty of trains.

Davis Street remains the major Evanston station, with the most daily passengers. It would not have lost any reverse commuter runs under the new schedule.

Before the pandemic, Main Street saw about 100 reverse commuters each day, and Central Street had about 20.

Not all of them contacted Metra about the proposed changes, but some did.

Metra listened. “We wanted to be responsive to the riders we heard from,” Gillis says.