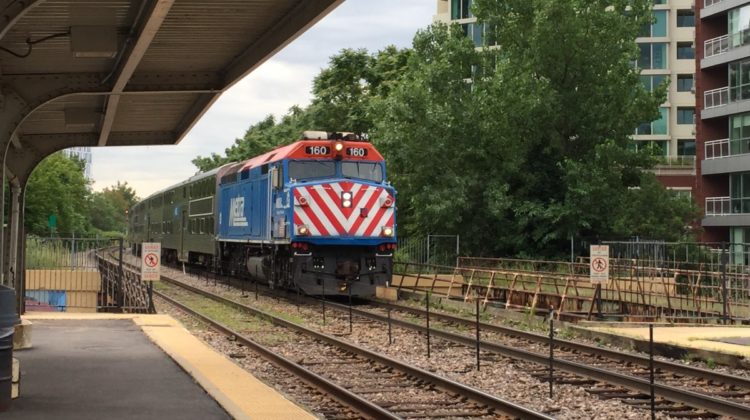 Metra, the commuter rail agency that serves Evanston, has sued Union Pacific, the railroad that operates the trains, alleging breach of contract.

Metra pays UP to run the trains. The railroad employs and provides the crews.

In a lawsuit filed in Cook County Circuit Court on Tuesday, Metra says UP has damaged Metra’s finances by an “‘arbitrary and capricious’ refusal to deploy its conductors” on the three UP lines in Metra’s system. Evanston is on the UP North route.

Citing the coronavirus pandemic, Union Pacific has stopped its onboard train crews from collecting tickets and selling fares. Metra says sales and collections were put on hold across its system early in the pandemic, but since then, train cleaning and sanitation have been enhanced. Metra says conductors on all eight of its other lines have resumed collecting tickets. Only UP is refusing. Metra CEO Jim Derwinski says “UP is dodging its obligations.”

Metra is asking the court to require UP crews to collect tickets onboard, and to pay the revenue lost so far. With ridership down 90 percent due to the pandemic, every dollar counts

Recently, as an alternative collection method, UP began checking tickets as riders got on or off trains at Oglivie Transportation Center in downtown Chicago, but in a news release, Metra calls that process “unsafe, unfeasible, and ineffective.”

The railroad says the plexiglass booths it is using at Oglivie are safe and within CDC guidelines. In a statement emailed to Evanston Now, UP spokesperson Kristen South says the railroad is “unwilling to put fare collection ahead of employee and commuter health and safety during a global pandemic, and we are prepared to vigorously defend ourselves in court.” South says two UP ticket agents have died during the pandemic.

The lawsuit is the latest in an ongoing dispute between Metra and UP. The railroad, which is primarily a freight hauler, wants out of the commuter passenger carrying business, and wants Metra to take over employment of the crews. Metra is not opposed to the idea, but has said the railroad’s proposed terms are not acceptable.

Metra’s contract with UP runs out at the end of this year.