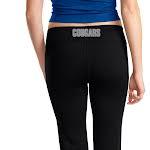 Unfounded rumors that leggings, yoga pants, and skinny jeans have been banned at Haven Middle School in north Evanston were addressed at a special meeting of the school’s Principal’s Advisory Team yesterday, resulting in a clarifying statement being posted on the district’s website today.

“Despite rumors,” the statement read, “these clothing items have not been banned at the school, and the same dress code remains in place since the fall of this school year.”

Students at Haven have been told that “if leggings are worn, a shirt, shorts, or skirt worn over them must be fingertip length,” the statement said.

The dress code applies to all schools in the Evanston/Skokie District 65 system and has been placed on the agenda of the April 1 meeting of the board’s Policy Committee for discussion.

Presently, the question of proper attire is addressed in a one-paragraph statement on Page 31 of the district’s Parent/Student Handbook. It says:

“Student appearance, including dress and grooming, must not disrupt the educational process, interfere with maintaining a positive teaching/learning climate, or compromise reasonable standards for health, safety, and decency. Short‐shorts (less than fingertip length) and bare midriff shirts are not appropriate attire. Shirts should encircle the arm. Hats and outerwear are only to be worn outside of school. Clothing that advertises alcohol or makes reference to anything of questionable moral value is not permitted.”

The district acknowledged that concerns have been raised by several parents about the impact the dress code has on body image and societal views of boys and girls.

Some parents have maintained that the code, in essence, blames girls for inciting improper actions on the part of boys.

The statement said, however, that   “the enforcement of the dress code is not in response to the perceived distraction certain clothing may or may not cause and is not a mechanism in which to place blame. The school dress code is enforced in an effort to maintain a respectful learning environment for all.”

The April 1 meeting of the Policy Committee will begin at 6 p.m. at the district's headquarters at 1500 McDaniel Ave. and is open to the public.