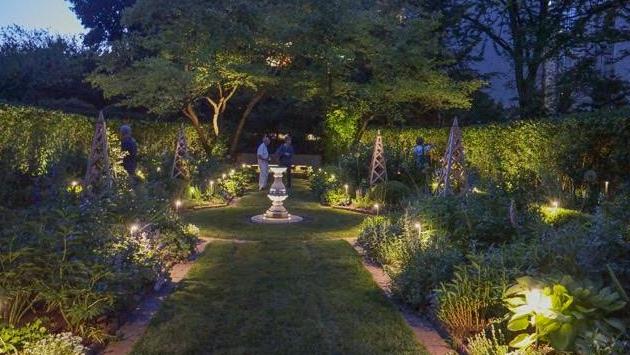 The Jens Jensen-designed garden, established more than a century ago by the newly formed Evanston Garden Club, has been carefully maintained ever since via a continuing collaboration between the university and the club.

A Shakespeare garden is one that contains plants that are mentioned in William Shakespeare’s writings, but after sundown, it becomes invisible without lighting.

Lighting designer Peter Hugh of Oak Park worked with representatives of the club and the university to assure that it was faithful to the bard.

Dozens of small LED lightbulbs were strategically placed throughout the historic garden to simulate the action of fireflies and fairies in Midsummer Night’s Dream. The fountain at the east end of the garden is lit by a pencil-thin fixture to represent moonlight, and the stone benches are illuminated from underneath. 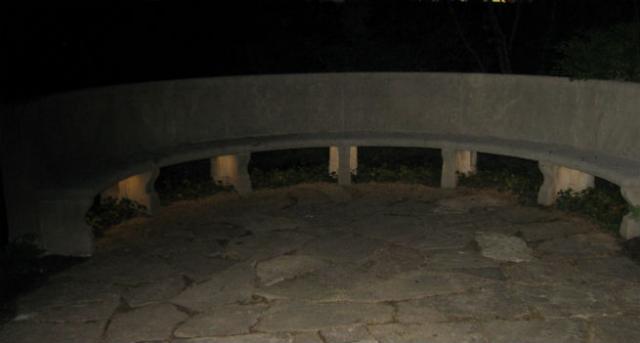 Bench lighting is provided from underneath to soften the effect.

“When you sit on the bench,” Hugh explained, “you have no light glaring down from above, yet there is light.”

The garden, often the site of weddings during the summer months, is free and open to the public. It is located beside the Garrett-Evangelical Theological Seminary just off Sheridan Road in the center of the campus.