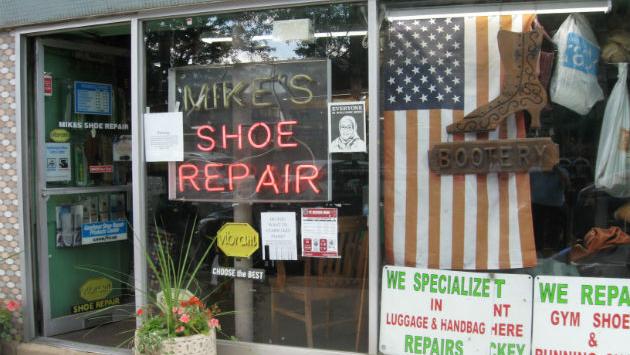 For nearly a half century, Northwest Evanston residents have taken their shoes, luggage, and sports equipment to Mike’s Shoe Repair at 2905 Central St., but after the end of this month, Mike Graham will no longer be there.

He will be turning the business over to one of his employees, Phillip Marin, on Aug. 31 and then he plans to pursue retirement life “on a day-to-day basis.”

As a youngster growing up in Niles, Mike says he spent most of his summer vacations during his teenage years working for his grandfather in downstate Illinois, where he learned the business of shoe repair.

He started his current business on Central Street in the early 1970s and has been a regular fixture in the neighborhood ever since.

Reluctant to talk about retiring, Mike said, “I came in quietly and I want to go out quietly.” Then he pointed to Marin and said, “but the same crew will be here to do the work.”

Marin said he was planning no changes to the operation and welcomed all of Mike’s customers to continue to patronize the business.