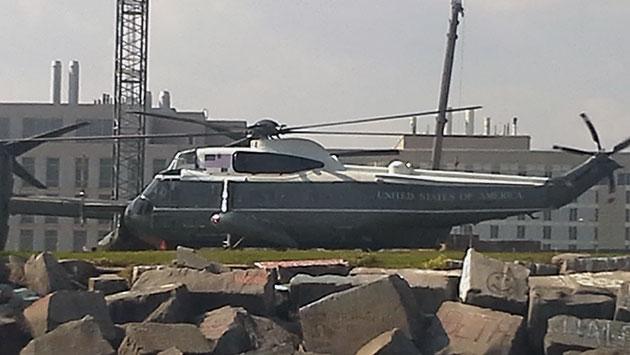 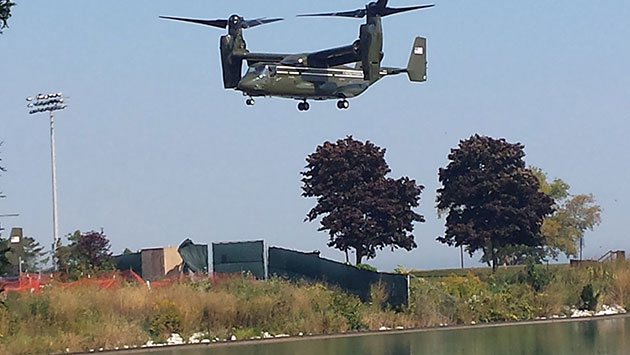 A tiltrotor Osprey flying over the campus lagoon.

The helicopters, with insignia that mark them as part of the fleet sometimes used by the president, then took off and flew low over Evanston — startling some residents — shortly after 1 p.m. 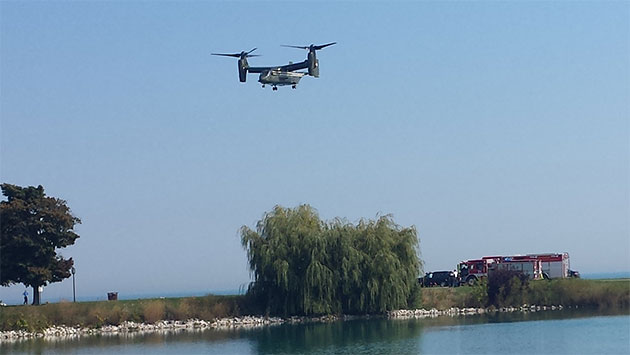 A city fire engine and ambulance stand by as an Osprey flies over the lagoon.

Reports are that the exercise was in preparation for a possible visit to the campus by President Obama later this week. University and city officials declined comment on the possibility of a presidential visit.

Update 5:40 p.m. 9/29/14: The president reportedly will appear on campus Thursday and is expected deliver a speech on the economy.