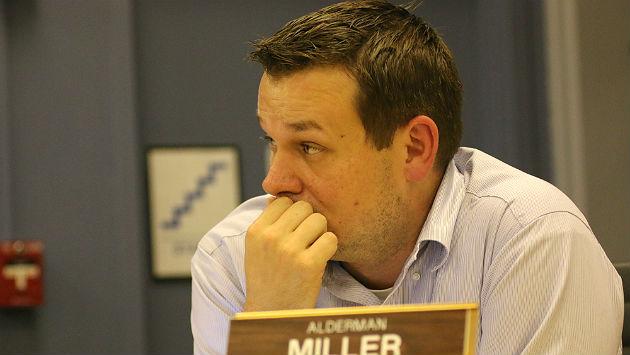 Alderman Brian Miller, 9th Ward, who last month demanded that Evanston city staff prepare an ordinance repealing the requirement for lights on bikes at night, told the Human Services Committee Tuesday that he never wanted to get rid of bike lights.

Facing a complete lack of support from other committee members for no-lights idea, Miller, who has launched a campaign for mayor, withdrew his proposal and said he merely wanted to have a discussion about how, he claimed, police over-react to minor ordinance violations "escalating situations that don't need to be escalated."

Meanwhile, a resident, Richard Katz of 408 Barton Ave., suggested that instead of giving tickets when stopping a cyclist for riding at night without a light, police "should give them two bike lights."

"It wouldn't cost more than $25 for front and rear lights," Katz said, "and a rider could get seriously hurt without a light at night."

The committee took no action on the free bike lights proposal.