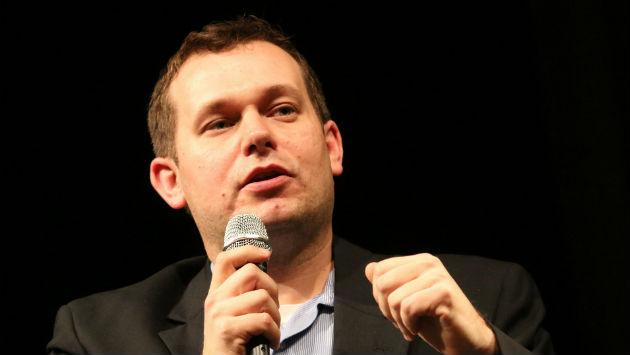 Mayoral candidate Brian Miller has attacked city spending on bike programs as one of the things the city “spends a lot of money on” that “look good” but “don’t really improve the lives of most of our residents.”

Speaking at last week’s mayoral forum at Family Focus, Miller suggested the city should “examine our spending” on such programs “so we don’t have to keep raising property taxes.”

But it appears most of the money used to fund bike lane projects over the last decade has come from state and federal grants. So killing off such projects would have a very modest impact on property taxes. 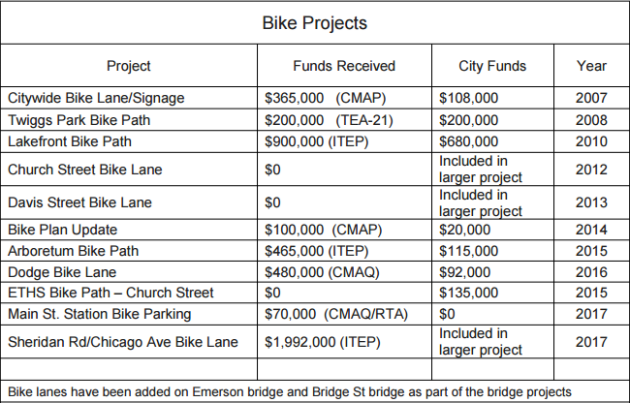 Figures compiled by city staff at Evanston Now’s request show that the city has received more than $4.57 million in grants for bike lane projects since 2007.

In some cases staff was unable to break out the city share of the bike project’s cost because it was included in a larger street resurfacing project done at the same time. But where they could, the total of city spending amounted to just $1.35 million.

Making that cut would amount to roughly a $5.20 annual saving for a resident with a home valued at about $400,000 whose city share of his or her total property tax bill is now about $2,000 a year.

(The tax levy and home owner share figures can be found on pages 61 and 8, respectively, of the city budget.)

As for the Divvy bike share program, city staff says it was funded by a $320,000 state grant that required an $80,000 local match. The program, which launched last June, also has raised $287,500 so far in private funds from advertising and sponsorships.