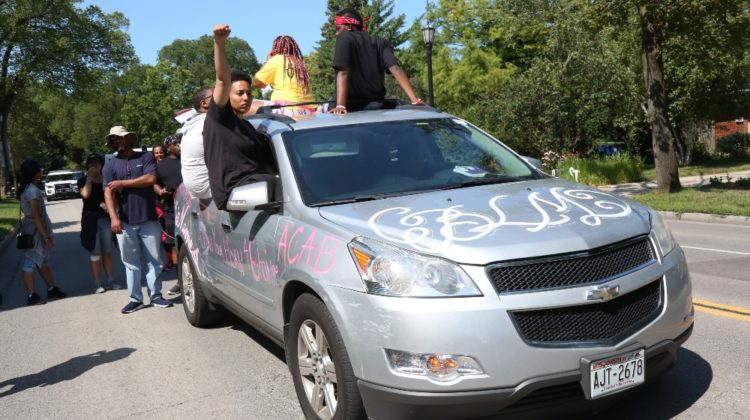 A group of Black Lives Matter activists from Milwaukee passed through Evanston today on the third day of their March on Washington intended to bring attention to racial inequity.

They are walking 31 miles a day and plan to arrive in the capital just in time for the anniversary of Dr. Martin Luther King’s “I Have a Dream” speech on Aug. 28.

Organizer Frank “Nitty” Sensabaugh says he decided to make the walk because of George Floyd’s killing, to honor Dr. King and to “change the laws.”

When Sensabaugh originally said he was planning to walk to Washington, some people thought he was joking, but he now has about 25 people walking with him.

He says four or five people have joined the activists along the way, with some people walking and others slowly driving. Although many people are expected in D.C. for the anniversary, Sensabaugh says he isn’t aware of any other groups that are walking there.

The group walked from Milwaukee to Zion on Tuesday, then from Zion to Winnetka Wednesday and hope to make it to Indiana today.

Entrance to the southbound lane of Ridge Avenue was briefly blocked by police on a rolling basis as the group moved through town.