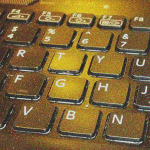 Nearly all parents agree — when their children go online, stranger danger is their biggest safety concern, followed closely by exposure to pornography, violent content and bullying, according to a collaborative study between researchers at Northwestern University and Microsoft Research.

But, a parent’s level of concern for these and other online safety issues varies depending on their racial and ethnic background, researchers said.

Here are some highlights from the study, which was published in the journal Policy & Internet:

White parents are the least concerned about all online safety issues.

Parents of Asian and Hispanic descent are significantly more likely to be concerned about all online safety-related issues.

Black parents are significantly more concerned than white parents about children meeting harmful strangers or being exposed to pornography, but not about other issues.

“Policies that aim to protect children online talk about parents’ concerns, assuming parents are this one homogenous group,” said Eszter Hargittai, co-author of the study. “When you take a close look at demographic backgrounds of parents, concerns are not uniform across population groups.”

Hargittai is Delaney Family Professor in the department of communication studies at Northwestern. The other co-author of the study is danah boyd, a principal researcher at Microsoft Research and a research assistant professor at New York University.

The results of the study come from a U.S. nationally representative online survey of parents and guardians with children ages 10 to 14 in their households. More than 1,000 parents took part in the survey in the summer of 2011.

Parents were presented with five specific scenarios their child could encounter online. Answer options ranged from “not at all concerned” to “extremely concerned” on a five-point scale. Here’s how parents ranked their level of concern with these scenarios:

Other results from the study:

Metropolitan status: Urban parents tend to be more concerned than suburban or rural parents.
Education: College-educated parents exhibit lower levels of fear regarding stranger danger than parents with less education.
Income: Having a higher income is related to lower fears when it comes to exposure to pornography, being bullied or being a bully.
Political ideology: Parents of liberal persuasion are less concerned than moderates or conservatives about pornography, but more concerned about their child becoming a bully.
Gender/age of child: Parents of daughters and of younger children are more concerned than parents of sons when it comes to meeting a stranger and exposure to violent content.
Parents’ gender/religion: A parent’s gender or religious beliefs have little effect on levels of concern.

Socioeconomic status factors seemed to have some influence on parents’ levels of concern, but they seemed less important when also taking into account race and ethnicity, the researchers said.

“Our study highlights how parental concern differs by demographic factors, notably race and ethnicity,” boyd said. “This raises significant questions about policies intended to empower parents. Which parents — and, in turn, which youth — are being empowered by the interventions being developed?”