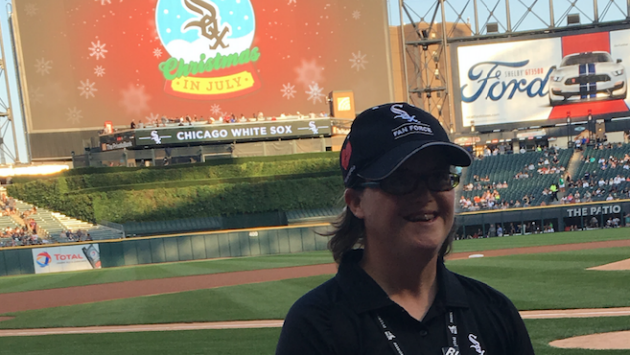 South Evanston’s Molly Bourke, who lives at Misericordia in Rogers Park, was chosen to throw out the first pitch at a Chicago White Sox game last week.

Molly, who has been a member of the Sox Fan Force since its inception in 2013, is also an accomplished Special Olympic athlete.

She was participating in a program created through a partnership between the White Sox, Com Ed, and Misericordia that brings Misericordia residents to the ballpark to help welcome fans and provide information during home games

Her story was recently captured in a video by the Telling Well.

Misericordia is a home for children and adults with cognitive and intellectual disabilities.