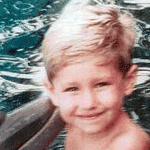 Evanson police were among those from around the area called to assist this afternoon after someone stole a car in Park Ridge with a 5-year-old boy sleeping inside.

The incident happened around 12:20 p.m., and Drake Whitker was found in the abandoned car near Oakton and Laramie in Skokie about two hours later.

Police and canine units searched the area where the car was found for more than an hour looking for whoever had stolen the 2012 Audi, but failed to locate the suspect.