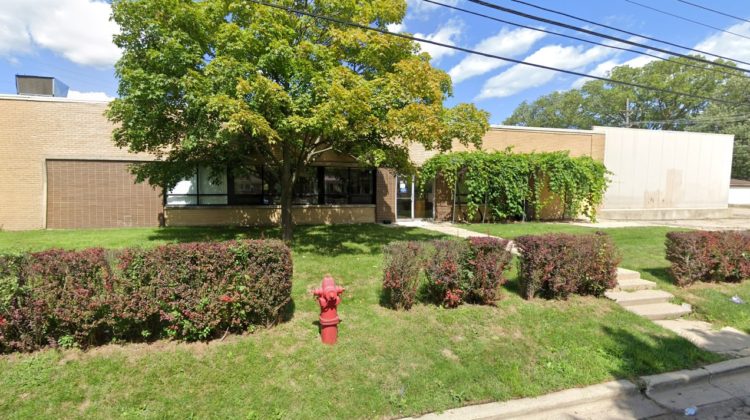 A former wholesale foods business in an industrial section of Washington Street would become a mixed-use retail development under plans reviewed by an Evanston city committee Wednesday.

The Growing Season, a Milwaukee-based non-profit, plans to turn the building at 2223 Washington St. that formerly housed E-Z Spuds Inc. into a site for more than a half-dozen businesses.

The new businesses would include The Laundry Café, a concept developed by Tosha Wilson, an Evanston police officer, and her cousin, Jacqui White, who’s a police officer in Highland Park.

The two had originally hoped to locate their laundromat and café in the 5th Ward, but have ended up with a proposed location in the 2nd Ward instead.

Juli Kaufmann of Milwaukee-based Fix Development, told the Design and Project Review Committee that other businesses planned to locate in the building include Well Beings Chicago, a personal training and wellness coaching firm, and Sunshine Enterprises, a non-profit that helps under-resourced entrepreneurs grow their businesses.

The plans also include space for a commercial kitchen, a nail salon, a hair salon and several pop-up retail booths for small businesses.

While the site backs up to the heavily trafficked Sam’s Club shopping center off Main Street, it is accessed from the north by a narrow street called Pitner Alley. Access to it from the east on Washington Street through a residential neighborhood is blocked by a gated cul-de-sac.

Alderman Cicely Fleming, whose 9th Ward comes within a block of the site, said she was excited to see new businesses there. She said neighbors have been super-patient with traffic issues from industrial uses in the area. Hopefully, she said, the new project will become a lively addition for residents who’ve been in “kind of a forgotten land back there.”

Most questions from city staff during the meeting focused on parking, curb cuts, bike racks, snow management and other access issues. The developers agreed to meet with city staff to work those out before the Zoning Board of Appeals meets to review the proposal on Feb. 16.

Subject to several conditions, the DAPR committee recommended that the ZBA approve the project. The special use permit will ultimately require City Council approval.