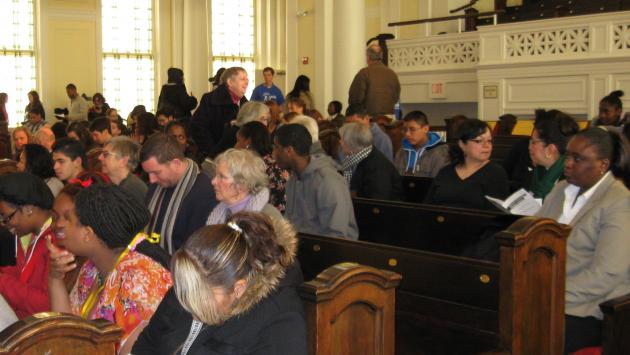 A father who lost his son to gang violence 15 years ago urged his audience at an Evanston Dr. Martin Luther King, Jr. Day event to use their resources to fight the gun lobby in Washington and Springfield.

Vanden Berk, whose son, Tommy, was shot and killed in 1992, told an audience of about 150 young people, parents, teachers, youth workers, and elected officials, that “the enemy is people who make a ton of money off the gun industry,” and he challenged his listeners to use social media, letters, and phone calls to lawmakers to prod them into action on gun control issues.

“The older generation has failed you,” he said, but “you have the wherewithal and skills to do this.” 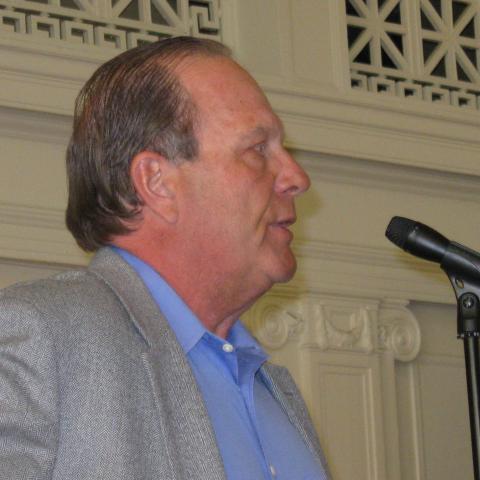 The talk climaxed a two-hour program of raps, songs, dances, poetry, and video clips by Evanston youngsters eager to curb violence in Evanston. 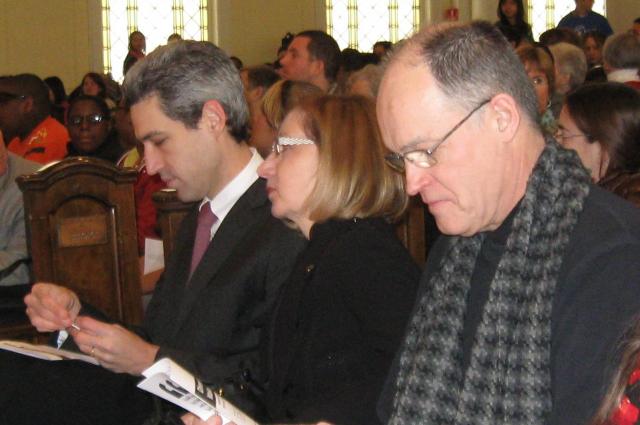 DEWU is co-sponsored by Youth Organizations Umbrella, the McGaw YMCA, the Music Institute of Chicago, the North Shore United Way, the YWCA Evanston/North Shore, and Evanston 150.

Following the program at the Music Institute, the event shifted to the McGaw YMCA, where it continued with lunch and an afternoon of workshops

Top: Some of the 150 persons who attended the event at the Music Institute of Chicago.