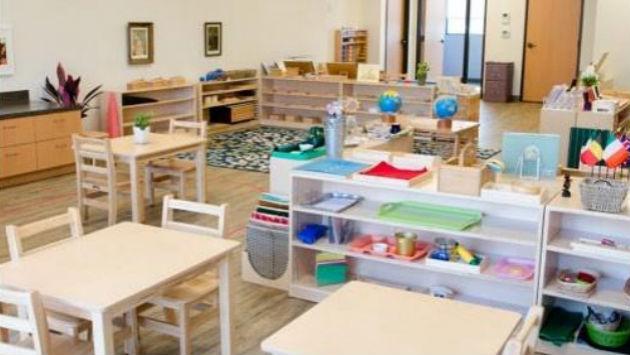 Plans to convert the Audio Consultants building at 1012-1014 Davis St. downtown to a Guideposts Montessori daycare facility for children up to six years old will go before the Evanston Zoning Board of Appeals next month.

The proposal was recommended for approval by the city’s Design and Project Review Committee Wednesday afternoon with the condition that the school lease spaces for staff parking at the city’s Maple Avenue garage.

The plans call for completely renovating the interior of the two two-story buildings and adding a playground area at the rear, along with parking space for seven cars for parents dropping off and picking up children.

A drawing of proposed changes to the facade of the building, which include painting what’s now the exposed brick facade of the 1012 Davis building and replacing glass block windows with see-through glass.

Representatives of the school say it will have a capacity of 122 students and 22 staff members.

The school officials say that given the staggered dropoff times, and the likelihood that some parents will walk children to the school and then take public transportation to their work, they believe the parking proposed will be sufficient.

Guideposts Montessori operates more than 40 locations around the country including three in Chicago.