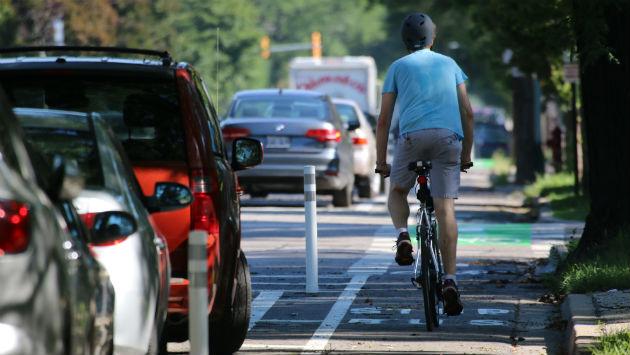 Evanston city staff will propose modifications to the Dodge Avenue bike lane project tonight that will increase the number of bus pull-offs and improve sight-lines for cars pulling onto Dodge from some side streets.

In a memo to aldermen describing the proposed changes, Public Works Director Dave Stoneback says they are only being proposed for blocks where a study indicated there is sufficient unused parking available to make the changes without creating a parking shortage.

Some residents have complained about buses blocking traffic and about cars emerging from sidestreets having difficulty seeing oncoming traffic since protected bike lanes were added to Dodge Avenue this summer.

The plan would add bus pull-offs between:

It also calls for taking out parking spaces to increase visibility between:

Stoneback says that areas that had more than 70 percent of available parking spaces filled or fewer than five remaining vacant spaces available were dropped from consideration for the changes.