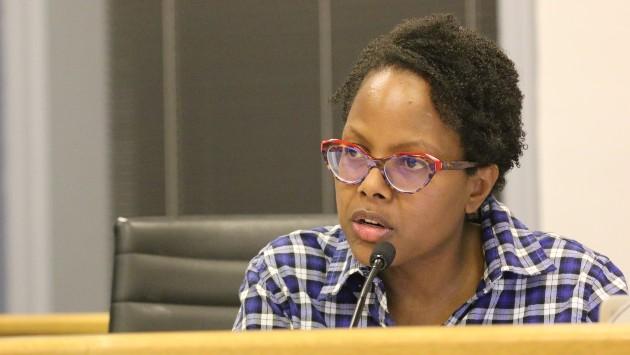 Over three years after a political candidate was mistakenly arrested for failing to identify himself to police while out circulating nominating petitions, more Evanston police officers have been disciplined for not following the law in seeking identification from persons they’ve stopped.

The 2016 incident involved now City Clerk Devon Reid and led to the discipline of one officer and the early retirement of a supervisor.

Detectives who saw the car stop in the traffic lane with its hazard flashers on, blocking traffic, asked the driver for identification and also asked a passenger to identify himself. The driver complied but the passenger refused.

After a detective repeated his insistance that the passenger identify himself, the passenger asked for a supervisor to respond to the scene.

The supervisor told the passenger that officers had the right to ask a passenger for identification, but that assuming he wasn’t suspected of a crime, it was his right not to provide identification.

The supervisor’s advice matches the state of the law, which was established by a state appeals court case, People v. Fernandez, decided in 2011. A driver has to provide ID when stopped, but a passenger, unless suspected of a crime, does not.

The driver of the car was issued a traffic citation for improper parking on the roadway after one of the detectives suggested to her that the passenger’s noncompliance in providing ID was the reason she wasn’t just issued a warning instead.

During the Human Services meeting Alderman Cicely Fleming, 9th Ward, said the officers should also have been found to have violated a departmental rule against incompentent performance of their duties.

OPS Sgt. Aaron Wernick said he understood her concern, but that the error committed was covered by a different rule violation they were found guilty of — which requires officers to always comply with the law and departmental procedures.

Fleming also asked for a review of all complaints filed against members of the department’s tactical unit, the Neighborhood Enforcement Team, over the past two years.