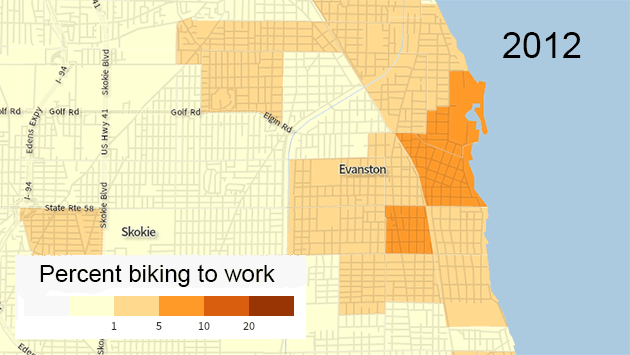 Evanston is among the top four percent of small cities in America for the percentage of people who commute to work by bike.

That's one of the findings in a new Census Bureau report that says Evanston ranks 50th among more than 1,460 communities with between 20,000 and 99,999 residents in the percentage of bicycle commuters.

At that, only 3 percent of Evanstonians report riding their bikes to work — no where near the 17.4 percent in number two ranked Key West, Fla.

College towns in warm climates tend to figure highly in the rankings, whether its Davis, Calif., number one at 18.6 percent er one, or Corvallis, Ore., Santa Cruz and Palo Alto, Calif., that round out the top five with more than 8 percent of workers commuting by bike.

But even cooler-weather college towns like East Lansing, Mich., at 6.8 percent, Urbana at 5.8 percent and Burlington, Vt., at 5 percent come in considerably above Evanston.

We did edge out Champaign, at 2.7 percent. 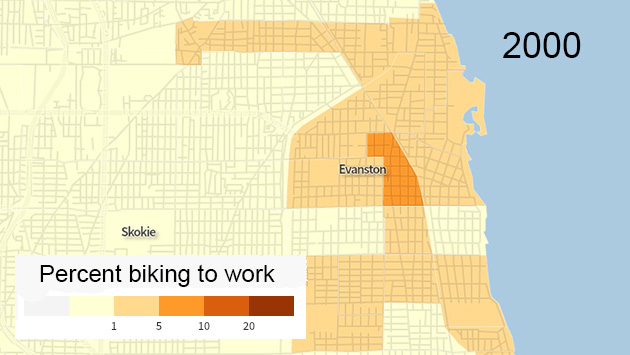 Map the Census Bureau's figures for bike commuting by census tract over time, and it's apparent that bike commuting is becoming more popular across most Evanston neighborhoods. 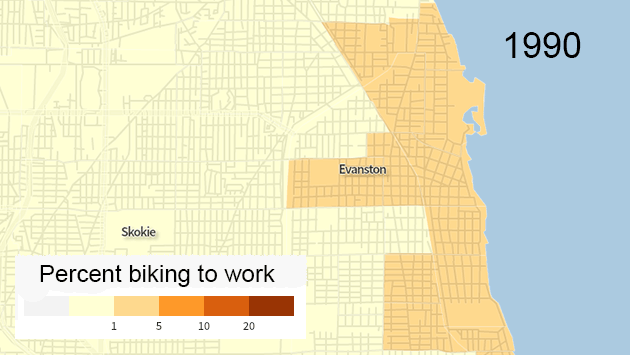 The recent increase in bike commuting helps explain why the city is in the midst of seeking public comment on a new city bike plan.