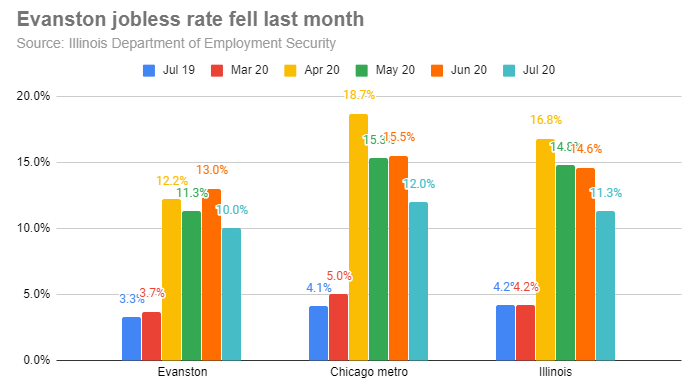 Evanston’s jobless rate declined to 10% last month from a revised 13% rate in June according to figures released by the Illinois Department of Employment Security this noon.

But the decline in the jobless rate was split between nearly 1,300 more people reporting they had found jobs, and nearly 1,500 dropping out of the labor force.

June had marked the highest level of unemployment in Evanston during the pandemic so far and the July figure was still triple the jobless rate here a year ago.

Unemployment figures for the metro area and the state as a whole also declined in July and by margins similar to the decline in Evanston.