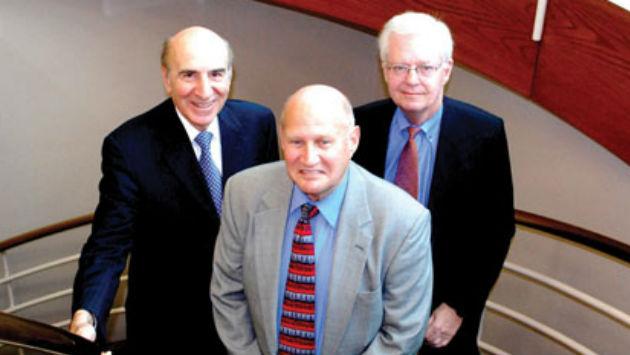 The bank that was founded in Evanston 20 years ago held its annual meeting in the bank’s basement Tuesday, and stockholders heard what they always do—that profits were growing and the future looks bright.

That, in a nutshell, describes the past and the future of the billion-dollar-asset First Evanston Bancorp, Inc., the parent company of First Bank & Trust.

Since its founding in September, 1995, the institution has been headquartered at 820 Church St. and has added offices in Evanston, Skokie, Winnetka, Itasca, and Naperville.

Yohanan said what he says every year at the annual meeting—that the past 12 months constituted “an excellent year for the company.” Not only did earnings climb by 13 percent, but total assets, loans, and deposits were higher as well.

About the only number that declined, he said, “was our provision for loan losses because of the very high quality of our loan portfolio.”

Kain reported that the gains in all categories continued in the first two months of 2016 and that more customers are taking advantage of the bank’s investment in new technology, including the ability to make deposits via their smart phones.

Kain said he expects the Federal Reserve to raise interest rates a couple of times this year as the overall economy continues to improve.

Owen Beacom, the company’s chief lending officer, said that bank consolidation has picked up in the Chicago area, “which improves opportunities for us.”

The only official action on the agenda for the stockholders was re-election of five directors for a three-year term. They are Paul R. Davies, Beth Boosalis Davis, Desmond J. Donohue, James C. Lytle, and Simon P. Yohanan.

As he does every year, Yohanan gave credit for the bank’s success to its managers and staff that he contends are “truly best in class.”