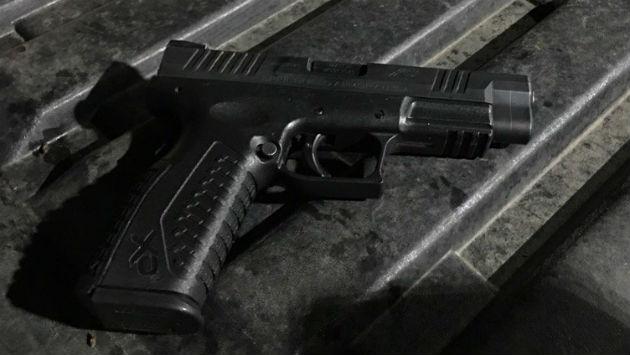 Evanston police say they're continuing to take more guns off the streets this holiday weekend.

The 9mm semi-automatic handgun shown above was recovered in the 1800 block of Howard Street.

And a pellet gun described as being an exact replica of a real firearm was recovered from a suspect's vehicle in an incident on Saturday.