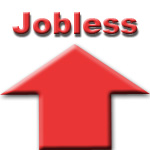 Unemployment in Evanston and across Illinois soared in June, as more people, including many new college graduates, entered the labor force.

For Evanston the rate rose from 7.3 percent in May to 8.2 percent in June. That was even higher than the 8.1 percent level in June a year ago.

The statewide rate rose from 9 percent to 9.7 percent — still below the 10.5 percent of last June.

Twenty-four of the nearly 100 towns in Illinois with more than 25,000 residents had lower jobless numbers than Evanston in May. The lowest rate, 5.6 percent, was in Highland Park. The next lowest rate in the Chicago metro area was Wilmette at 7 percent. In both those towns the jobless rate was up 0.5 percent from May.