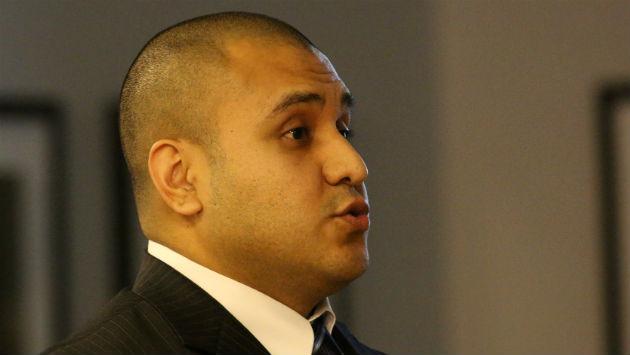 Edgar Cano, who runs Evanston’s snow-fighting operations, told aldermen Monday we’ve gotten a lot more ice than usual along with our snow this winter, and climate change may be to blame.

The city has seen more than a half inch of ice spread across several storms so far this year along with about 34 inches of snow.

And storms this year have lasted longer than usual, meaning the city has incurred more overtime costs to keep crews on the roads.

In January alone the overtime bill, Cano says, was nearly $285,000 for public works, fleet services and parking enforcement employees and another $47,000 for police employees.

And the city used 3,678 tons of salt — nearly half the total for a typical year — in January to keep roads clear.

Alderman Judy Fiske, 1st Ward, asked whether the city could substitute sand for the salt — noting that salt corrodes everything from cars to light poles and also can be painful for dogs taken out for a walk.

Cano said that wouldn’t be a good option for the city, because sand only provides traction, it doesn’t help melt the snow, and it collects in the sewers, where it needs to be cleaned out.

Alderman Cicely Fleming, 9th Ward, suggested that the city should require property owners to salt their sidewalks as well as shovel them.

But that wasn’t part of the package of storm-related ordinance revisions suggested by Public Works Director Dave Stoneback, who pulled back from a proposal in a staff memo to require shoveling after a two-inch storm — saying he didn’t mean to change the existing four-inch shoveling threshold — but just change the rule to require shoveling after any accumulation of four inches — not only after four inches falls within 24 hours.

Ordinance revisions expected to come before the Council soon will also prohibit private snow plow operators from shoveling snow into the street and require that snow be cleared from around dumpsters.