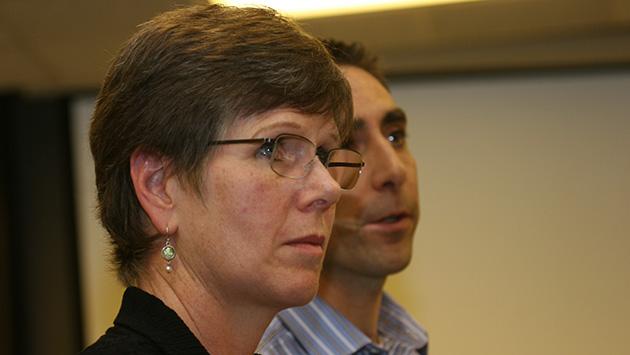 City officials say there are no guarantees yet, but that a plan for two new affordable rental housing units in the 2nd Ward could lead to funding for as many as 10 additional units.

City officials say there are no guarantees yet, but that a plan for two new affordable rental housing units in the 2nd Ward could lead to funding for as many as 10 additional units.

The City Council Tuesday night approved plans for Community Partners for Affordable Housing to use up to $277,685 in federal HOME funds granted to the city to purchase a foreclosed two-flat building, or possibly two single family homes, in the western portion of the 2nd Ward.

The units would be rehabbed and rented to families making no more than 60 percent of the area median income.

The census tract block groups targeted for the new affordable housing are highlighted in blue.

The city’s housing and grants administrator, Sarah Flax, and CPAH’s executive director, Rob Anthony, said there’s a strong possibility the program approved Tuesday will serve as a model for the city to receive more than $1 million in funds from a mortgage foreclosure settlement fund controlled by the state attorney general’s office that could fund purchase of up to 10 more units in the same neighborhood.

In response to concerns raised by Alderman Ann Rainey, 8th Ward, Anthony said the rehabbed units would not be tax exempt — but their tax rate would be based on the actual rental income received.

The proposal had backing from Alderman Peter Braithwaite, 2nd Ward, who was concerned that his ward had been excluded from the $18 million federal Neighborhood Stablization Program grant the city received.

Flax said that program was targeted to portions of the 5th and 8th wards where the impact of the foreclosure crisis hit most severely first. The problem emerged later in the 2nd Ward, she said, but the new program would now help to address that.