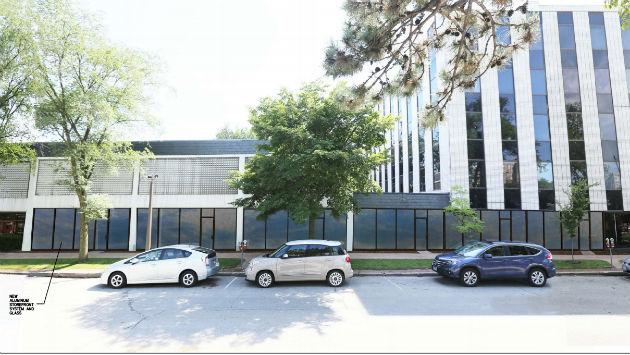 Cameel Halim, the new owner of the office building at 960-990 Grove St., will ask Evanston officials this week to approve plans to convert more than 8,000 square feet of ground floor space in the building for storefront retail use.

Under plans set to be reviewed Wednesday by the city’s Design and Project Review Committee, the stone wall that obscures the view into much of the building’s Grove Street frontage would be removed and replaced with glass windows and doors.

In October he also acquired the one-story former Botti Studio building across the street at 919 Grove for $3.2 million.

In 2017 Halim acquired the former King Home property a block to the west at 1551 Oak Ave. and his Halim Time and Glass Museum is just across the street from the King Home at 1560 Oak.