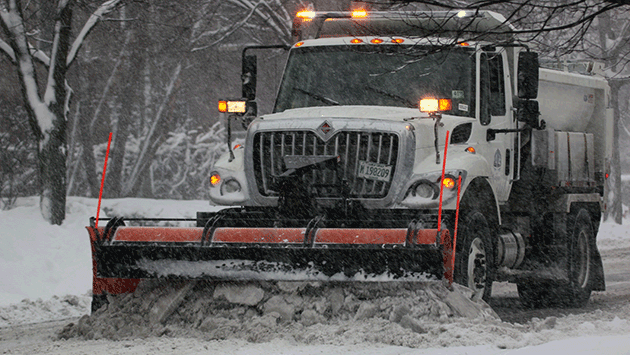 City officials are blaming heavy snowfall for much of a big bump in Evanston employee overtime costs last year.

Overtime expenses for the city government rose by about 50 percent — from $2.2 million in 2013 to $3.3 million last year, according to a newly-issued city report.

That compares to a national average of 3.5 percent for private sector employers, according to a recent report from the federal Bureau of Labor Statistics.

More than a third of the overtime payments — $1.2 million — went to public works crews, which, Bobkiewicz noted, were working twelve-hour shifts to deal with the storms.

Almost as much overtime occurred in the Police Department, and the much smaller Fire Department saw more than a half million in overtime charges.

Bobkiewicz said police overtime resulted largely from employees being off on family leave or because of on-the-job injuries and illnesses. Both the fire and police departments, he said, also ran up overtime for training conducted by department employees.

So far this year, city overtime costs appear to be on track to return to their 2013 levels.