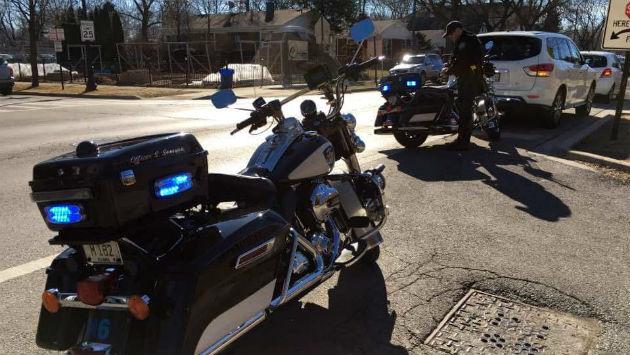 The share of drivers stopped for traffic violations in Evanston who were white increased 1.6 percentage points last year while the share who were Hispanic decreased by just over a percentage point.

There were no significant changes in the share of black or Asian drivers stopped between the two years, according to a recently released report from the Illinois Department of Transportation.

The total number of traffic stops in Evanston increased just three-tenths of a percentage point to 14,843 in 2018.

As shown in the chart above, black drivers were dramatically more likely to be stopped for traffic violations in Evanston and adjacent communities last year than would be predicted by their share of each community’s population, a pattern that has held true for many years.

Wilmette, with just 0.5% black residents but 7% of traffic stops involving blacks, has the most dramatic disparity.

But breakdowns of traffic stops by race compared with the racial breakdown of a community’s population have been controversial because of uncertainty about how closely a community’s resident population aligns with its driving population — given wide disparities in the racial composition of neighboring communities and the reality that in many communities a large proportion of the drivers present are just passing through.

When IDOT started collecting the traffic stop data in 2004 in response to a new state law, researchers at Northwestern University hired by the state to develop the measurement tool decided to use county population data for many communities, city-level data for some larger ones and district court boundaries for most suburban communities in Cook County.

Several communities adjacent to Chicago, including Evanston, received waivers from that standard — based on the theory that many drivers in their jurisdiction were from Chicago — which has a substantially higher minority population than those suburbs.

So Evanston, which would have had a minority driver population figure of 20% if it had been included in the 2nd District court grouping of 16 north suburban Cook County communities, and about 37% based on its own population, was assigned a value of 47.5% minority drivers.

Using that value for the calculations leads to the conclusion that Evanston police have held very close to an equal balance in stopping minority versus non-minority drivers in recent years — with the ratio of minority stops to total stops in Evanston at 1.02 in 2014, 1.03 in 2015, 1.08 in 2016, 1.02 in 2017 and 0.99 last year. But among minority groups, blacks are far more likely to be stopped than Hispanics or Asians.

Evanston’s data portal indicates that traffic stops this year in the city have declined about 15 percent from 2018 levels, but it shows no major shift in the share of stops involving each racial or ethnic group.