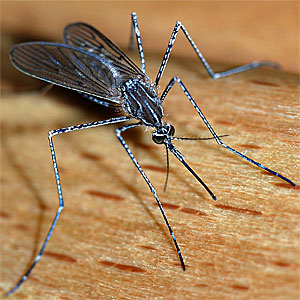 "To protect yourself against illness, wear insect repellent and get rid of any stagnant water around your home to reduce the number of mosquitoes," said Evanston Health Department Director Evonda Thomas-Smith.

Surveillance for WNV in Illinois began early this year, around mid-April, and continues. The surveillance includes laboratory tests on mosquitoes, dead crows, blue jays, robins and other perching birds, as well as the testing of sick horses and humans with West Nile-like disease symptoms.

Only about two people in 10 who are bitten by an infected mosquito will experience any illness. Illness from West Nile is usually mild and includes fever, headache and body aches, but serious illness such as encephalitis, meningitis and death are possible. Persons older than 50 years of age have the highest risk of severe disease.

The best way to prevent West Nile disease or any other mosquito-borne illness is to reduce the number of mosquitoes around your home and to take personal precautions to avoid mosquito bites. Precautions include: