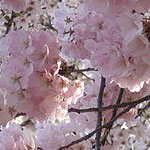 They may be a bit early for the cherry blossoms, but a majority of the members of Evanston's City Council plan to head to Washington, D.C. next month for the National League of Cities Congressional Cities conference.

As a result, the council has been forced to cancel its planned March 12 regular meeting for lack of a quorum.

It's the first time in memory that a majority of aldermen have attended the conference.

City Manager Wally Bobkiewicz, in response to an inquiry from Evanston Now, said typically two or three have gone in recent years. A few years back just one alderman attended and reported back to the rest of the council.

Bobkiewicz estimates the cost of the conference to the city at about $1,500 per person, including airfare, hotel and conference registration.

He notes that Grover and Braithwaite have both become members of NLC committees and affiliate organizations.  Grover has been active with groups that focus on university communities and first ring suburbs around large cities. Braithwaite now involved National Black Caucus of Local Elected Officials.

He says the meeting also gives aldermen a chance to meet with federal officials on city issues.