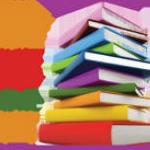 When Evanston’s two school boards met in a joint meeting recently, they spent considerable time discussing a goal that calls for students to read better through utilizing a model of “disciplinary literacy” that the experts had difficulty explaining.

Actually, the goal, adopted at an earlier joint meeting held in January, was fairly simple:

“District 65 and District 202 will ensure that all students are proficient readers and college and career ready by the time they reach the 12th grade.”

But when they met again at the end of June for an update, the educators had added the following: “To attain this goal, the districts are adopting and implementing a model of disciplinary literacy.”

They explained that, from kindergarten through high school, “students are taught to become thinkers, problem solvers, communicators, and creators within each discipline.“

In other words, it is not enough that students know that c-a-t spells cat, but they need to know that in social studies a “cat” is a cool dude, while in science, a cat is an animal with claws that hunts its prey with cunning and intensity.

Disciplinary literacy has been defined by an education group in Wisconsin as “the confluence of content knowledge, experiences, and skills merged with the ability to read, write, listen, speak, think critically, and perform in a way that is meaningful within the context of a given field.”

They have been meeting together, assisted by Dr. Carol Lee of Northwestern University, to help guide teachers at all levels to integrate the concept of disciplinary literacy in their daily lesson plans.

The idea, as Bavis explained, is to prepare students “to sit in that college seminar class preparing for the next level of education.”

A number of assessment instruments are to be used to track student progress, beginning in the early grades with the Illinois Snapshot of Early Literacy, switching in third grade to the twice-yearly Measures of Academic Progress (MAP) and ultimately to a new measuring device known as the Partnership for the Assessment of Readiness for College and Career (PARCC).

At any rate, disciplinary literacy is an integral part of the community initiative that involves the schools and community organizations to prepare all Evanston students for success as they move from cradle to career.

In this respect, District 202 board member Bill Geiger, a longtime executive director of the McGaw YMCA, noted that “the joint literacy goal will not be achieved by the schools alone,” but will involve such community groups as the Youth Organizations Umbrella, Family Focus, Literature for All of Us, the Y’s, the Evanston Public Library, and the Childcare Network of Evanston, as well as Northwestern University.

In the meantime, disciplinary literacy is just another term that parents will need to master as they help guide their students through the educational process.