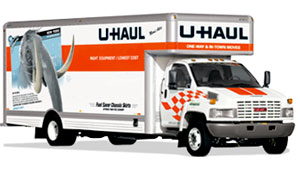 The next time you need a U-Haul for a move you may need to budget extra money to pay the city. Evanston aldermen tonight are scheduled to vote on an ordinance to charge a $100 fee to have temporary "no parking" signs posted for moving vans.

The city previously has provided the service for free upon request.

The ordinance doesn't require that people moving in or out of a building pay the fee, if they're willing to let their moving van compete for parking spaces like any other vehicle.

The new fee would also apply to the placement on streets of portable storage containers used for moving.