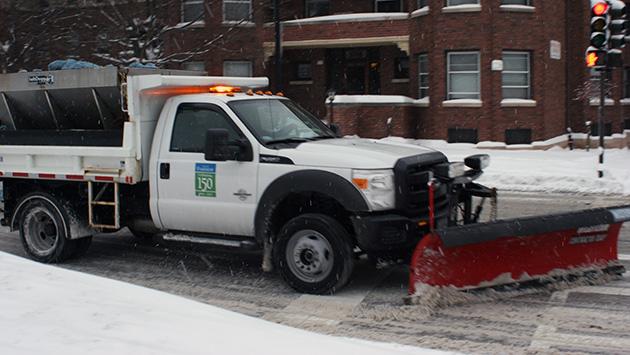 The National Weather Service says Evanston is likely to get five to 10 inches of snow tonight and Sunday.

Evanston officials are not issuing a snow-route parking ban tonight, but are posting no parking signs for snow removal operations along the following main roads:

The city will also be towing cars from downtown streets where night parking restrictions regularly exist.

Friday night and early Saturday crews cleared and hauled snow from the downtown Evanston along the following corridors:

Public works crews are ready to handle any additional snow and will continue hauling and clean-up in the north and south business districts overnight, and then along Chicago Avenue and Dempster Street on Sunday.

All forecasts predict subzero temperatures for early next week which will make it virtually impossible to clean and haul snow from lots and sidewalk areas, Robinson added.