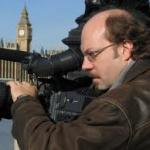 Craig Duff, former director of multimedia and chief video journalist at Time, will join the faculty of the Medill School of Journalism on the Evanston campus of Northwestern University next month, according to Dean John Lavine.

Duff will be a clinical professor, helping students to understand and capitalize on career opportunities involved in the continuing shift of the media to the high-tech digital world.

Since 2008, Duff was responsible for overseeing multimedia, video, and podcast production at Time, where he also trained reporters to use video and produced his own visual work as the magazine and website expanded digital production, both online and in tablets, such as the iPad.

He won a news and documentary Emmy for his series on “The Iconic Photo,” a project that explained the back-story of several famous works of photojournalism.

Prior to Time, Duff worked for more than four years with the New York Times on documentary television projects and web video journalism, and for 10 years with CNN and Turner Broadcasting, where he co-created and oversaw production of two cultural news magazine series and visual specials.

He was also senior producer of CNN’s environmental unit.

Duff is currently an adjunct associate professor at the School of International and Public Affairs at Columbia University. In 2008, he was a Ferris Professor of Journalism in residence at Princeton University, where he taught a seminar on multi-platform journalism.