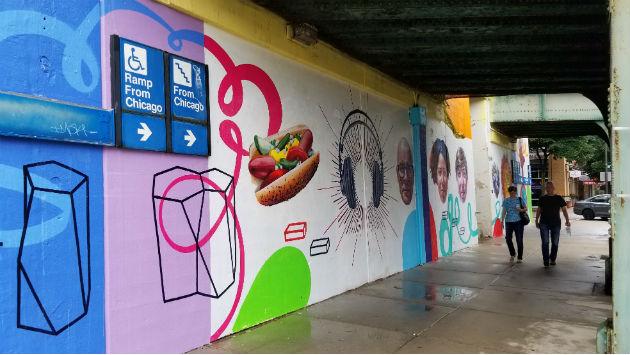 Three railroad viaducts in Evanston are being brightened with murals this year by the Evanston Mural Arts Program.

Outlines for the mural planned for the north wall of the viaduct.

Work is well underway by artists Jeff Zimmermann and Anthony Lewellen on the viaduct at Church Street and Maple Avenue in partnership with Downtown Evanston.

The Evanston Mural Arts Program was launched last year by the non-profit Art Encounter organization, which works with the city’s Evanston Arts Council, local business districts and community groups to carry out the projects.