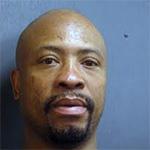 Evanston police say recent DNA tests have led to a break in a 21-year-old murder case and first degree murder charges against a Chicago man.

Jimmie Dunlap, 43, of the 5300 block of South Cottage Grove Avenue in Chicago, appeared this morning in Skokie district court and was ordered held on $750,000 bond.

The killer had left Dawson's 4-year-old son alone in the apartment with his mother's body.

Parrott says police had followed-up on numerous leads that did not identify an offender or identify any additional witnesses. The case was also featured on a Crime Stoppers Case Files television program two months ago.

Results of initial lab work identified Dunalap, who was on parole on a narcotics-related offense, as a possible suspect in the case.

With the help of the state corrections department, police located Dunlap and interviewed him. Parrott says Dunlap told dectives he knew of the victim. During the interview, detectives were able to obtain a buccal swab, which state crime lab technicians say positively linked Dunlap to the victim.

Tuesday detectives located Dunlap near his home and transported him to the Evanston Police Department for further investigation. Detectives interviewed Dunlap about his involvement in the homicide of Deeondra Dawson. Dunlap made statements that Parrott says were inconsistent with the evidence that was recovered from the scene.

Dunlap is now under police guard at a local hospital due to a medical condition and will be remanded to the Cook County Sheriff’s Correctional Department. A preliminary court hearing  in the case is set for 9 a.m. June 20 in Skokie district court.