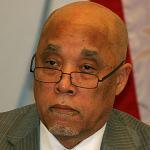 Without doubt, the resignation of long-time Evanston/Skokie District 65 Schools Superintendent Hardy Murphy was the top story in education for Evanstonians in 2013, but it could be the harbinger of even bigger changes in the new year.

The boards of both District 65 and Evanston Township High School District 202 have given lip service to the concept of “virtual consolidation” after dismissing the idea of actually combining the two districts into one, largely because of perceived complications of combining two very different labor contracts with teachers.

But to date, the idea of operating two districts as if they were one has been relegated to minor operational matters, such as joint purchase of janitorial supplies and insurance to achieve a better price from vendors.

But the real benefits of consolidation, both for students and for taxpayers, would come from combining the central-office administrative functions under a single superintendent, such as was apparently successfully implemented in Lake Forest, a possibility that was significantly enhanced by the resignation of Murphy.

The District 202 board recently extended the contract of its superintendent, Eric Witherspoon, to 2017, which would provide ample time to implement a joint consolidation under his superintendency. Before coming to Evanston, Witherspoon lead a large school system in Des Moines, Iowa.

But to date, the District 65 Board has reacted to Murphy’s resignation in a traditional manner of hiring an executive search firm to help it conduct a nationwide search for a replacement for Murphy. Their stated timetable calls for making a decision in April on a superintendent who would assume duties during the summer break.

If District 65 actually carries out that objective, it would deal a severe blow to the concept of virtual consolidation, as pressure would be strong to maintain duplicative operations.

School-watchers are looking towards the upcoming annual joint meeting of the two boards on Jan. 13 at the District 65 headquarters for a clue to the future of virtual consolidation for Evanston.

A possible scenario would be for the two boards to form a special committee that would do a thorough investigation of the Lake Forest experience to determine if the results in that North Shore suburb might be replicated in Evanston.

The District 65 board could then factor in that information when judging candidates brought forth in the search for a new superintendent to determine if the districts would be better off with two schools chiefs.

But even if the two boards conclude that virtual consolidation is not in the cards at this time, the arrival of a new superintendent for District 65 could have a significant effect on the future of both District 65 and its cooperation with District 202 in providing a high-quality seamless educational experience for Evanston public school students.