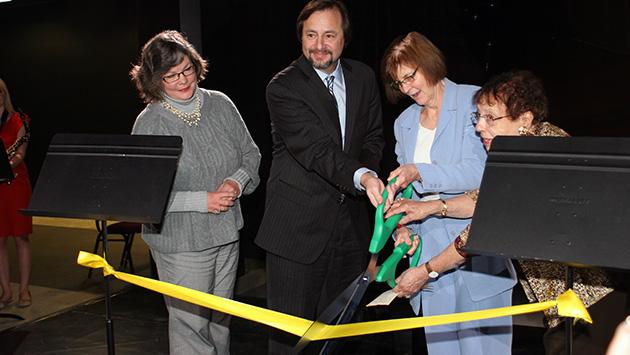 The Music Institute of Chicago formally opened its new headquarters at 1702 Sherman Ave. in Evanston with a concert and ribbon cutting ceremony in its new black-box theater space.

The institute received a $165,000 loan from the city to help renovate the space it's renting on the lower level of the Evanston Galleria building.

The institute was founded in 1931 and claimes to be one of the three largest community music schools in the nation, offering programs for both children and adults.

It closed its former headquarters in Wilmette and moved some operations from a rented space on Dempster Street in Evanston to consolidate them at the new downtown site.

It plans a series of noon-time faculty concerts in the new theater space that will be open to the public, and George says the space will also be available for rent to community groups.

The institute also operates several other facilities around the metro area, including at 1490 Chicago Ave. in Evanston.