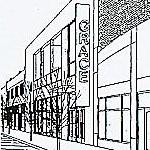 The promoter of the planned Grace Music Theater in downtown Evanston plans to pitch the city's Economic Development Committee next week for funding to help get the project off the ground.

David Colker tells the Evanston RoundTable he's only been able to raise about a third of the $20 million needed for the project.

He says he needs the city to provide "short-term, post-construction bridge debt financing" until the venue can develop a track record to be able to refinance its debt with lenders or additional equity partners.

He says the loan would be secured by the property itself. 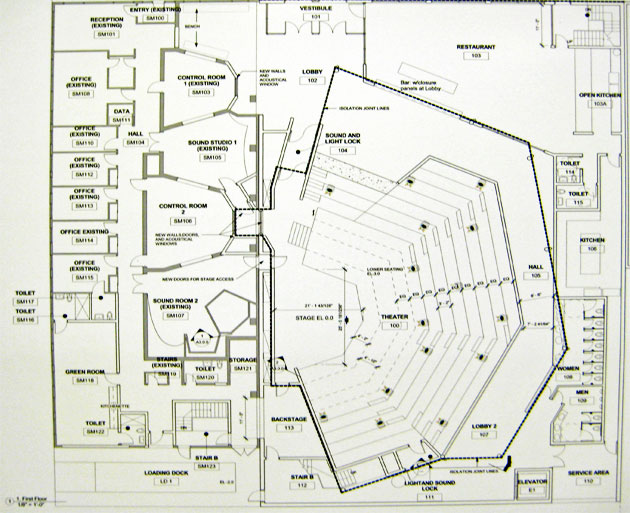 Top: A preliminary sketch for the exterior of the Grace Music Theater. Above: a floor plan for the theater and adjoining recording studio.

Colker, who has an option to purchase the property that runs out at the end of the year, won zoning approval two years ago for the project, which envisions building a 45-foot high, 500-seat music venue on the property that now houses Tom Thumb Hobby & Crafts at 1026 Davis St. and combining it with the recording studio property that already exists next door. 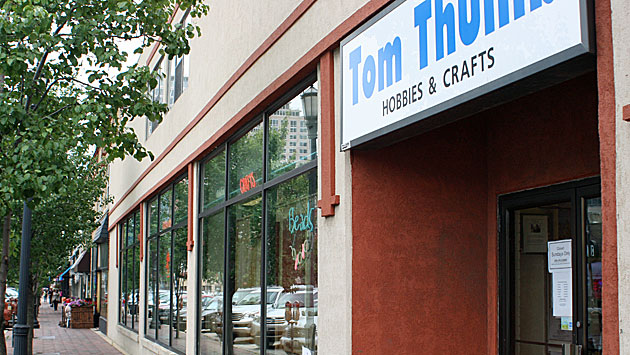 The proposed theater site is now occupied by a hobby shop.

"Other music venues are doing well on their own without city money," Wilson said.

Update 11:15 p.m. 6/20/13: The Economic Development Committee is scheduled to meet at 7:30 p.m . Wednesday at Now We're Cookin', 1601 Payne St. Unit C, and the Grace Music Theater is not on the committee's agenda, which was published this evening.