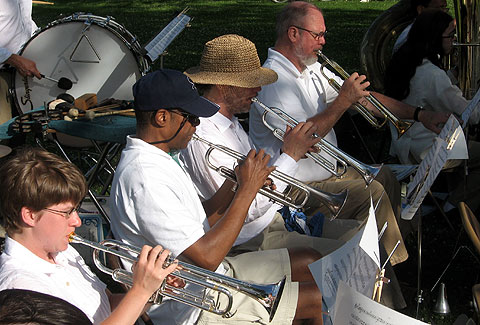 The Ridgeville Band of Evanston performed traditional concert band music late in the afternoon. The band features about 30 local musicians under the baton of conductor Richard Faller. 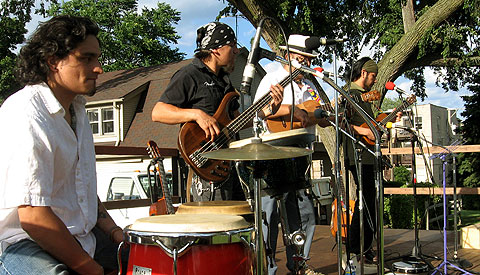 Then in the early evening the Chicago band Fandanguero performed Latin fusion music built on a base of the traditional styles of the region around Veracruz, Mexico.

Both performances were held outside the district’s community house at 908 Seward St. More information about upcoming concerts at Ridgeville is available on the park district website.