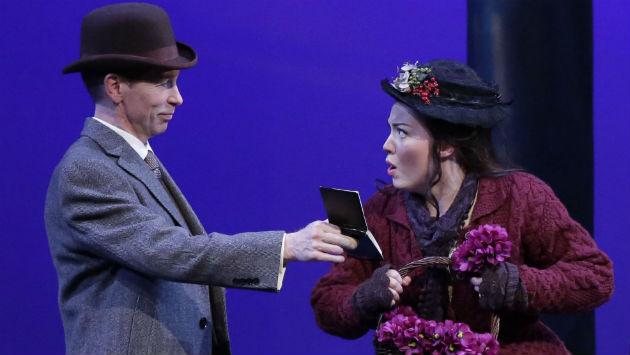 Sixty years after it was first staged on Broadway, Light Opera Works opened its revival of "My Fair Lady" on the Cahn Auditorium stage in Evanston Saturday night.

With Nick Sandys in the role of Professor Henry Higgins made famous by Rex Harrison and Elizabeth Telford recreating the Eliza Doolitle role played on Broadway by Julie Andrews, the Light Opera Works production provided a thoroughly enjoyable evening revisiting the Lerner and Loewe show that set a record for the longest run of a major musical theater production.

But the Light Opera Works version runs only through next Sunday, June 12. 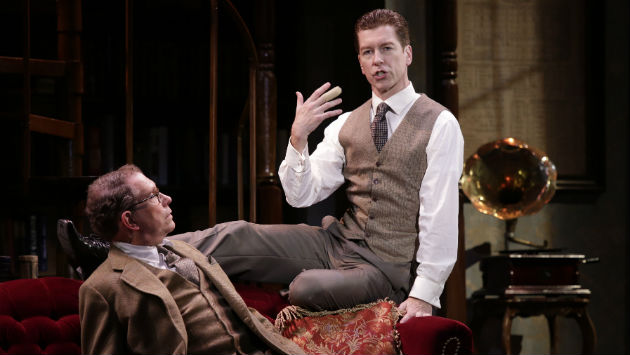 Kirk Swenk, as Col. Hugh Pickering, and Nick Sandys as the professor. Their bet leads to Eliza's transformation.

"My Fair Lady," based on the George Bernard Shaw play "Pygmalion," tells the story of phonics professor Henry Higgins and his successful effort to change the accent of a Cockney flower girl so she can pass as an upper class lady in the London society of 1912. 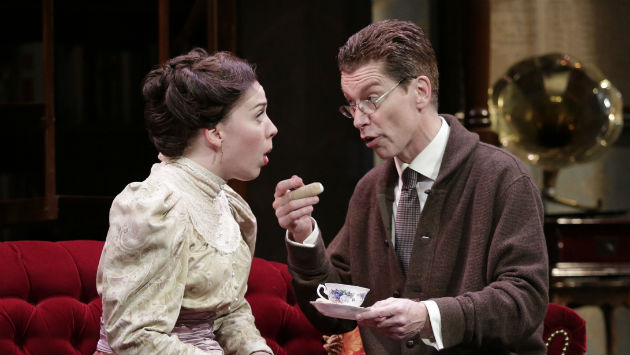