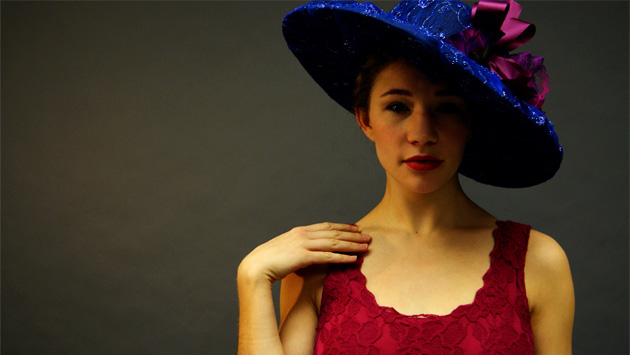 Top New York critics praised “My Fair Lady” when it opened in 1956. Among the show’s most memorable songs are “With a Little Bit of Luck,” “The Rain in Spain,” “I Could Have Danced All Night,” “On the Street Where You Live,” “Get Me to the Church on Time” and “I’ve Grown Accustomed to Her Face.”

Presented by Arts Alliance — the oldest and largest student arts organization at Northwestern University — The Dolphin Show is one of the country’s largest student–produced musicals.

Based on George Bernard Shaw’s early 20th-century play “Pygmalion,” “My Fair Lady” features 40 Northwestern students on stage and more than 100 others on the artistic and business teams that make The Dolphin Show — a Northwestern tradition — possible. Onstage cast members are from the School of Communication, Bienen School of Music and Weinberg College of Arts and Sciences.

This year’s show is produced by School of Communication students Rachel Birnbaum and Louis Schermerhorn and directed by Tristan Powell.

Set in Edwardian London, “My Fair Lady” tells the story of the dramatic transformation of Eliza Doolittle, a Cockney flower girl, who becomes the subject of a wager between Henry Higgins, a speech phonetics professor, and Colonel Pickering, a linguist. Pickering wagers that Higgins cannot turn Eliza into an elegant and well-spoken English lady simply by teaching her to rearticulate her speech. Eliza’s makeover begins in preparation of her final test — to pass as a member of high society at the Embassy Ball. It also becomes apparent to audiences that during the transformation process Eliza and Higgins begin to have strong feelings for each other.

“The 71st Annual Dolphin Show aims to re-invigorate this canonical text and bring new light to its dazzling theatricality, its sense of tremendous drama and its commitment to depicting not only the maddening joy of love, but also companionship, friendship and the experience of being touched by someone else,” said director Tristan Powell.

The Dolphin Show evolved from a 1940s swim team fundraiser to an annual professional-caliber musical production. Working on every aspect of the production, the students serve as onstage talent and behind-the-scenes crew members, marketing managers and fundraisers.

Tickets are $25 for the general public; $20 for seniors 65 and older and Northwestern faculty and staff; and $10 for students and children

For more information and to buy tickets, visit www.nudolphinshow.org.