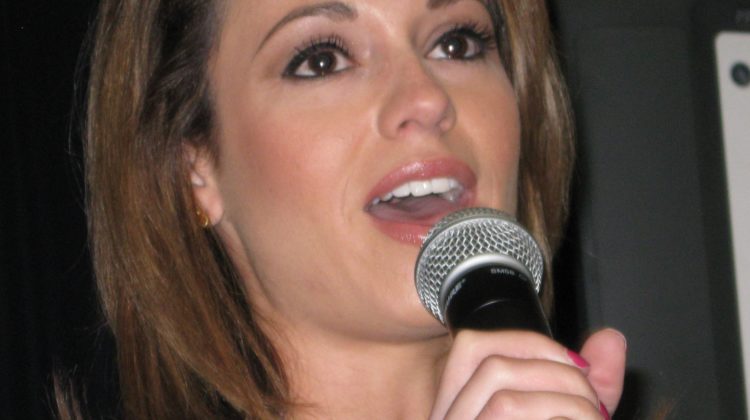 Scott, who grew up in New Jersey, says she dreamed of the day that she could deliver the weather forecasts on television.

For the past two years, the 2007 Brown University graduate in geology has been forecasting weather in Chicago, which is one of the prime television markets in the country. 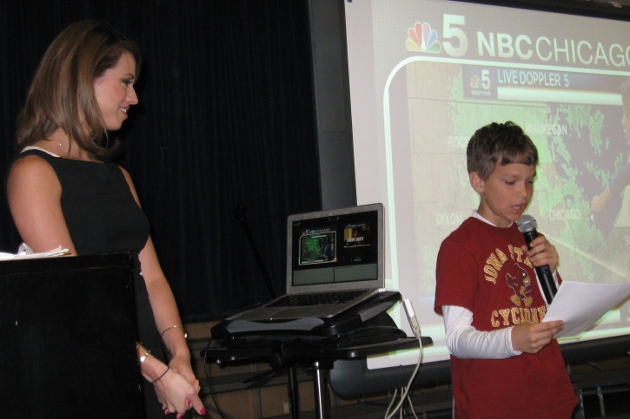 To prepare for her current position, Scott earned a degree in meteorology from Mississippi State University by taking courses for credit online.

Her job today entails doing a number of public relations gigs for the station, including throwing out the first pitch at a Cubs baseball game and dropping the puck at a Blackhawks hockey game.

But all is not glamour, she noted, as she reports for work every Saturday morning at 3 a.m. in order to prepare the day’s first weathercast at 6 a.m. 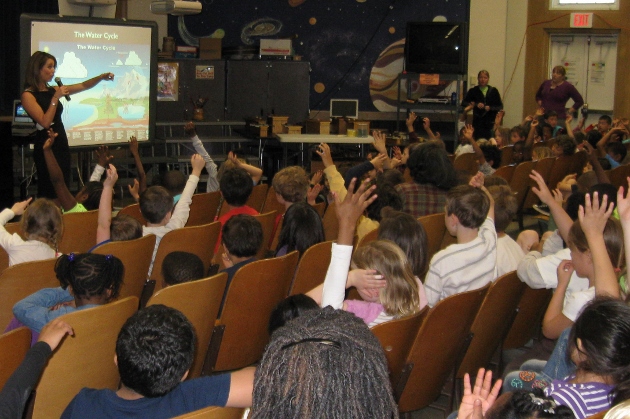 She told the students how clouds form and how to tell how far away a thunderstorm is by counting the seconds between the flash of light and the sound of thunder. (You divide the number of seconds by five and that gives you the distance in miles.)

In the event of tornado warnings, Scott advised the students to grab their bicycle helmet to protect their head from flying debris and to head for the basement.

And to avoid being struck by lightning, she said: “When thunder roars, go indoors.”