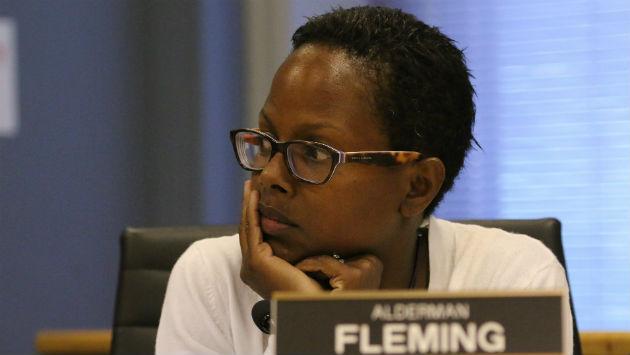 Evanston aldermen were told Monday that nearly three percent of city water customers were far enough behind with their payments that they were mailed a shutoff notice last month.

Water Production Bureau Chief Darrell King said that of those nearly 397 customers, about three-fourths paid their bills in full or signed up for a payment plan after getting the shutoff notice — so just 107 customers had actually had their water shutoff by the end of the month.

And, King said, only 15 had failed to make payment arrangements to get their water turned back on by July 3 — and most of those cases involved vacant properties.

Alderman Cicely Fleming, 9th Ward, suggested the city should include information about its payment plans that let customers gradually catch up on their water payments on the overdue bill notices.

She said she was also concerned that the 8:30 a.m. to 5 p.m. Monday through Friday hours at the city collector’s office, where customers would have to go to arrange a payment plan, make it hard for people working days to get there.

And she noted that nobody at the collector’s office speaks Spanish.

Alderman Melissa Wynne, 3rd Ward, asked whether there could be a “budget billing” option for water bills — like that offered by Nicor for gas bills.

But Alderman Ann Rainey, 8th Ward, said she doubted there was enough month-to-month variation in water bills to make such a plan attractive.

City Manager Wally Bobkiewicz said staff would look into the budget billing option, but said he was concerned that if the city became too flexible “some businesses in town will use it as a financing mechanism.”

The city bills for water service every other month. An unpaid bill for January and February, after two warnings, would lead to a final shutoff notice in June.

Delinquent water bill payments are a much bigger problem in some other communities. Governing reported last week that more than 40 percent of water customers in Philadelphia are behind on their bills.

The problem has become so severe there that city officials have launched a program to provide water service at lower rates for houseolds with incomes at or below 150 percent of the federal poverty line.