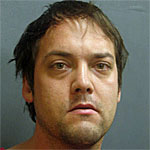 Evanston police over the weekend arrested a 27-year-old Evanston man who they say was responsible for two burglaries at a Walgreens on Chicago Avenue near his home.

Cmdr. Jay Parrott says detectives investigating burglaries that happened in the early morning hours of last Thursday and Friday determined that they were the work of the same man — Matthew A. Long, 27, of the 700 block of Hinman Ave.

In both incidents someone forced entry to the drug store at 635 Chicago Ave. by breaking a window with a hammer. Once inside, the thief each time stole cigarettes.

Long was arrested Saturday and has been charged with two counts of burglary. He's due in Skokie district court at 9 a.m on Nov. 7.