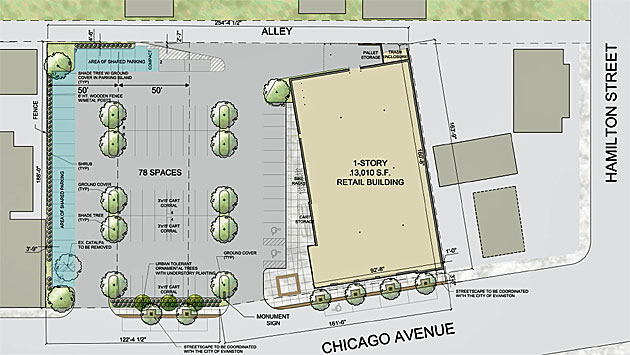 Some neighbors who live across the alley from the proposed Trader Joe's market on Chicago Avenue plan to complain at tonight's Plan commission meeting that city officials misled them about the project.

Kathy Shaw, of 1224 Hinman Ave., claims officials, including Alderman Melissa Wynne, 3rd Ward, told residents at a public meeting that there would be no access from the store to the alley that separates it from the homes facing Hinman Avenue.

At a public meeting at Chiaravalle School on May 31, Wynne told residents that all traffic to and from the store would enter and leave using Chicago Avenue, rather than driving down the alley.

Plans submitted for review by the Plan Commission at a meeting tonight say all traffic would still use Chicago Avenue, but say that the alley would be used to maneuver trucks into the loading dock, after they'd come in from the street.

The plans say customer access to the alley would be prohibited with signage and a gate.

Shaw says she wants TJ's to completely fence off and landscape the alley border, in a fashion similar to that used at the Whole Foods market a block to the south. 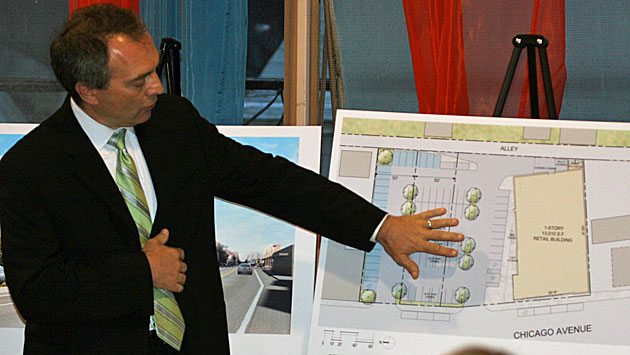 Top: The site plan included in tonight's Plan Commission packet. Above: Architect Mike Breclaw presenting the plan at the May 31 community meeting.