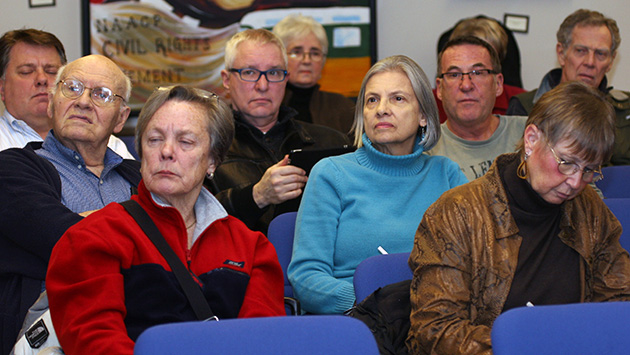 A mix of neighbors with doubts about the project and small contractors hoping for jobs building it turned out for a 2nd Ward meeting Thursday night about two planned high-rise towers on Emerson Street in Evanston.

The buildings, originally approved as separate planned developments for 1881 Oak Ave. and 1890 Maple Ave. in 2006 and 2007, are up for a possible vote by City Council Monday on revisions to their plans that combine what had been two separate parking structures into a combined base for the towers.

The new plans also reduce the height of the project. And in switching from one condo tower and one rental tower to two rental apartment towers the developers have also slightly increased the number of apartment units and reduced the average unit size. 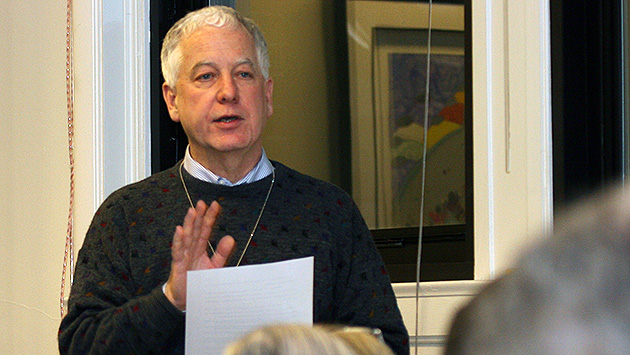 The contractors, some of whom successfully lobbied the city for a larger role in the $18 million federally-funded Neighborhood Stablization Program housing rehabilitation program, are hoping the new private development will also help them grow their businesses.

Neighbors voiced a variety of concerns — many related to the traffic impact of the project. But they were told that an updated traffic study shows the project would not adversely impact traffic in the area. 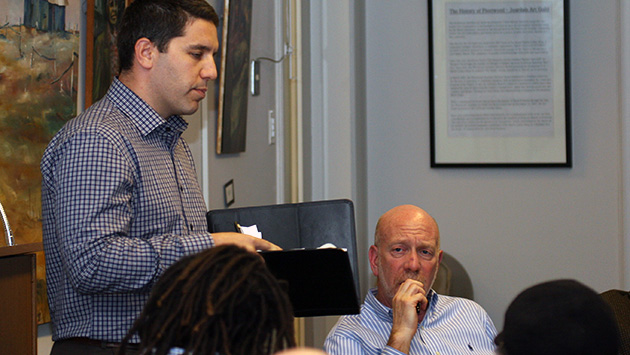 The developers' attorney, Gregg Graines, with developer Alan Schachtman, of the Fifield Companies.

They also asked who would pay for planned improvements to the streetscape around the buildings and were told that tab would be picked up by the developers.