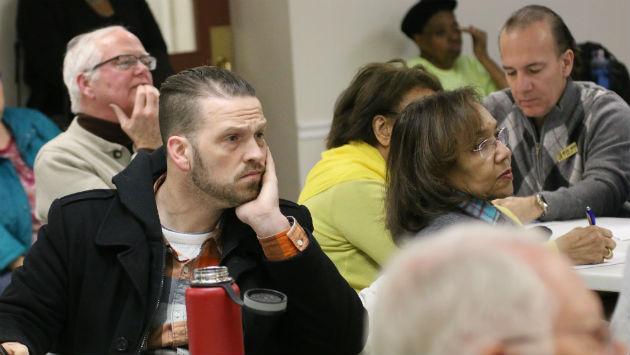 Neighbors offered up the usual litany of complaints about a new Evanston residential development Wednesday night — too tall, not enough parking.

But at least neighbors of the proposed senior housing project at 1815 Ridge Ave. agreed that there is a need in town for more senior housing — unlike the neighbors a few blocks away who dispute the need for a new apartment complex at 831 Emerson St. that plans to target college students as tenants.

Many of the height complaints at Wednesday's meeting at Mount Zion Missionary Baptist Church came from residents of a six-story condo development across the street at 1800 Ridge, who will have their easterly views toward Lake Michigan partially obscured if the new senior housing is built.

They and some other neighbors also argued that the 64-parking spaces planned at the 165-unit development would be totally insufficient. 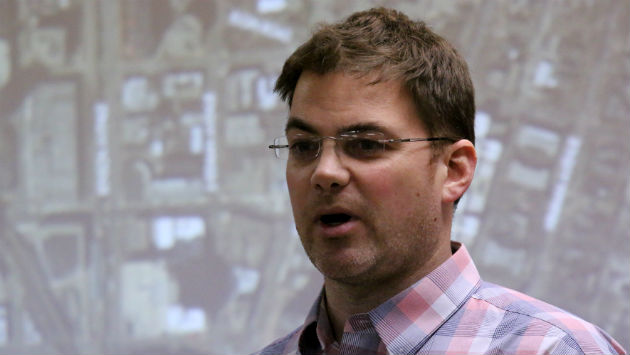 Michael McLean, with a map of downtown Evanston projected on the screen behind him.

Developer Michael McLean said none of the residents of the 45 memory care and assisted living units would be likely to have cars and that the estimated 100 employees — split across three shifts — would be strongly encouraged to car-pool or take mass transit to work.

"A lot of new parking built near train stations is under-utilized and overpriced," McLean said.

At the nearby E2 development, McLean said, parking spaces are now being rented for $190 a month. "I'd rather have my employees keep that money and use public transportation," he added.

He said the building would also provide shuttle buses and a car-sharing service to help residents get around town.

And he claimed that 50 percent of downtown Evanston residents don't own a car, "so I do feel that 64 spaces are adequate for a population that we don't expect to be driving regularly."

In addition, the city's zoning analysis indicates the development meets the city's parking standards for a long-term care facility. 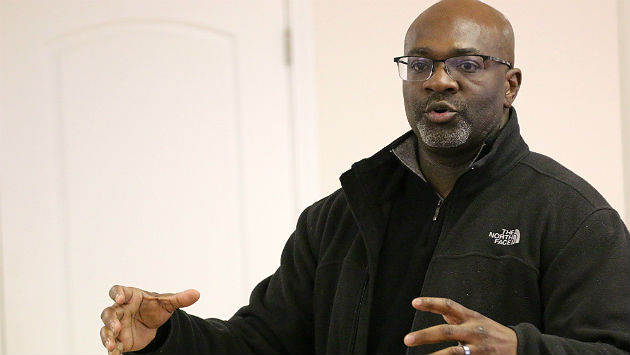 The project is designed as a market-rate development, and McLean said he's still negotiating with the city about a possible contribution to the city's affordable housing fund.

He said subsidies for residents of the planned development are likely to be hard to come by — because Illinois has eliminated programs that would provide such aid.

Alderman Peter Braithwaite, whose 2nd Ward includes the project site, said, "The city, in terms of affordable housing, is a comlete mess — a long way from where we need to be."

"That's not going to be solved with this project," Braithwaite added, but he encouraged residents at the meeting "to be part of the dialogue" about affordable housing in the future.

Other issues raised at the meeting included objections to the noise of ambulances making emergency runs to the building and a suggestion that a pedestrian walkway or bike path should be added along the elevated railroad right-of-way at the east edge of the site.

The senior housing plan is tentatively scheduled for review by the city's Design and Project Review Committee at 2:30 p.m. next Wednesday, Feb. 17, and by the Plan Commission at 7 p.m. on Wednesday, March 9. A packet with a full description of the planned development is available on the city's website.