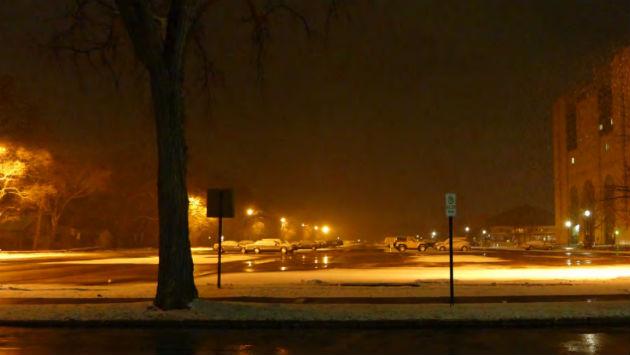 Evanston aldermen tonight will review plans to renovate the Ryan Field parking lot that reportedly have been substantially reworked in discussions with neighbors over the past few days.

With an online petition campaign against the school's plans to reconfigure and repave the lot and install new lights drawing, at last count, 375 signatures, neighbors claim to have won agreement on several revisions to the project in meetings with university officials over the past several days.

An email message distributed Sunday by the Central Street Neighbors Association says those changes include reducing the height of light poles and reducing the brightness of the lights.

Also reportedly part of the deal is adding a five- or six-foot tall ornamental fence along the alley that separates the lot from homes to the west and planting high-growing arborvitae along the alley.

And it's claimed that the university has agreed to pave the alley, which, if true, would relieve the neighbors of the burden imposed on other residents of the city who get their alleys paved of paying half the cost of the paving.

A special use permit for the parking lot project, which has received a positive recommendation from city staff and the Zoning Board of Appeals, is on the agenda for the City Council's Planning and Development Committee meeting, which is scheduled to start at 7:15 p.m.

The reported last-minute revisions to the project are not reflected in the meeting packet released on Friday.