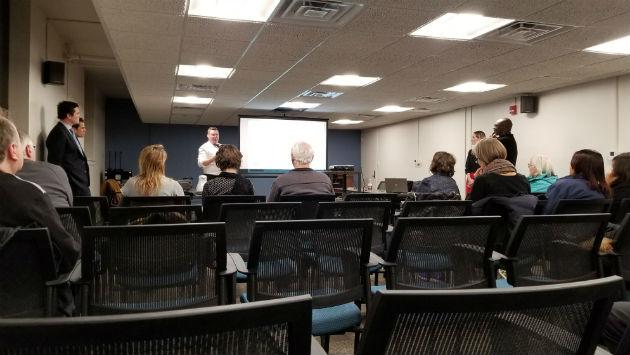 Several residents of the Sienna condo development in downtown Evanston objected Thursday evening to a planned active-adult high rise across the street at 1727 Oak Ave.

Only about 15 people turned out for the Civic Center meeting called for neighbors to discuss the project.

The 17-story development from the Trammell Crow Company would have 169 apartments and 158 parking spaces. It’s expected to begin working through the city’s formal review process early next year. 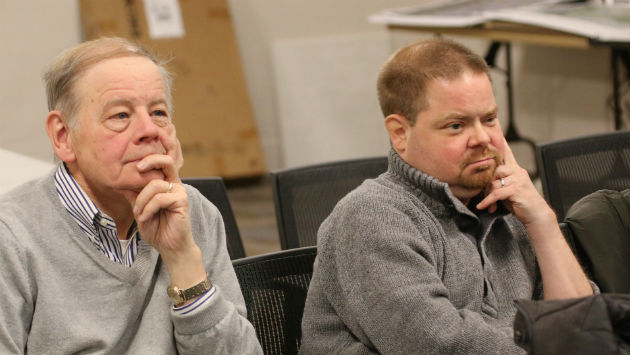 The residents of the eight-story Sienna development claimed the new project would cast their building into shadow all day. They also claimed it would aggravate what they said is already heavy traffic on Oak Avenue.

The residents suggested the new building should be no taller than their own buildings, but the east side of Oak is in a different zoning district, where buildings as tall as 220 feet would be permitted under certain conditions. 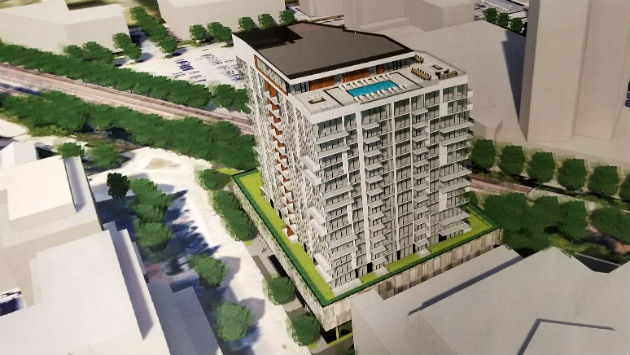 A rendering of the proposed high-rise, with the Sienna development to the left and Optima Views to the right.

A resident who lives across the Metra tracks from the development site, in the 28-story Optima Views tower, suggested that developers need to do more to make the roofs of their buildings attractive to people who are looking down on them from nearby buildings.

Another resident suggested the new building should repeat the ground floor covered arcade design of the adjacent 1007 Church St. office building, to provide a sheltered path for people walking downtown. 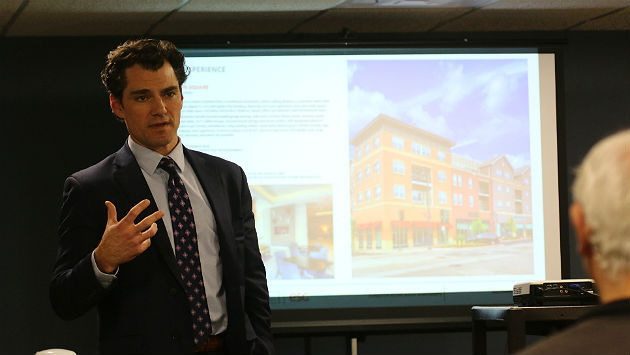 Developer Grady Hamilton said Trammell Crow expects to build ten active adult comunities in the Midwest over the next two years to meet a growing demand from the baby boom generation.

He said Evanston currently has no active adult developments, which, he said provide more opportunities for socialization activities than a typical apartment development. But because they don’t provide any nursing services they cost less than independent living or continuum of care retirement communities.

A new primarily assisted living community has been approved a block away at 1815 Ridge Ave. City officials at Thursday’s meeting said that project is now scheduled to break ground in March.

Hamilton said an active adult community, which is restricted to residents over 55-years-of-age, typically attracts someone about 72 years old as tenants, which an independent living senior community might attract people who typically are a decade older than that.

Thursday’s meeting was the second session held for neighbors to comment on the project — the first one — which ended up conflicting with a Cubs playoff game — also was lightly attended.