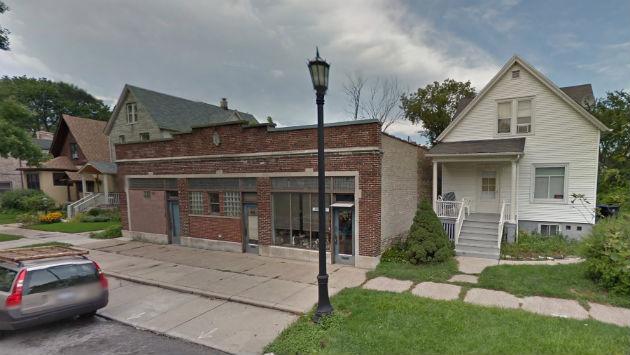 The would-be developer of a property at 1513-15 Greenleaf St. brought new, fully zoning-compliant plans for the project to a city committee Wednesday, but faced opposition from several nearby residents. 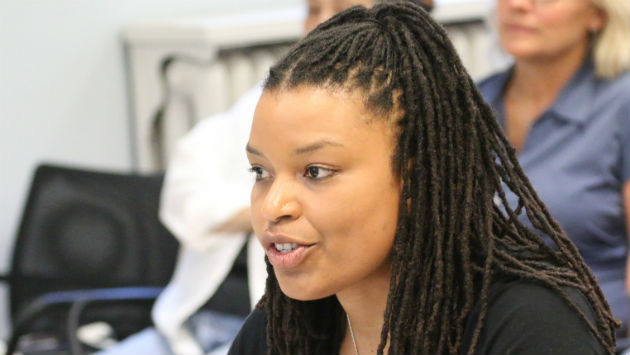 Karla Thomas had previously requested special use approval from the city to build two single-family homes on the 50-foot wide property, but that plan — also opposed by some neighbors — was rejected by the Zoning Board of Appeals. 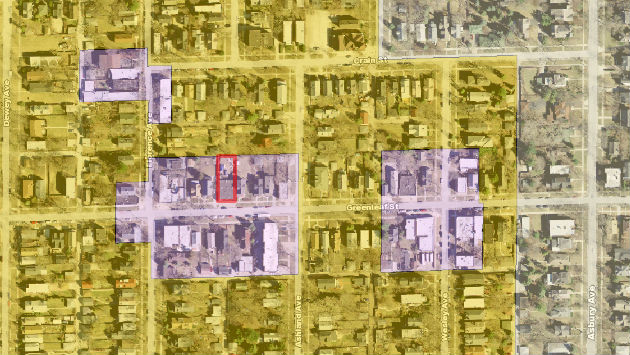 That block of Greenleaf is zoned B1, for business uses, but roughly half the existing structures on the block are single family homes with substantial front yards, while many of the rest are old commercial buildings which were built to the lot line. 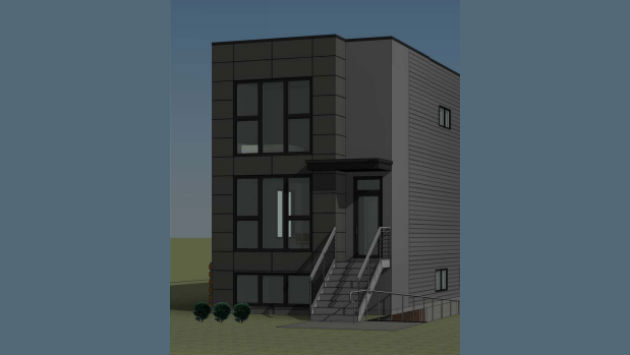 A rendering of one of the planned live-work dwellings.

The new plan Thomas presented to the Design and Project Review Committee calls for two live-work structures on the lot that would be sold as condominiums and would share a handicap-accessible ramp to their ground floor office spaces.

Under the new design, the lower level would be 60 percent above ground — making it qualify under the zoning code as the main first level of the building.

Except for that — and a switch from a traditional gable roof to a contemporary flat-roof design — the new plans are remarkably similar to the previous proposal. 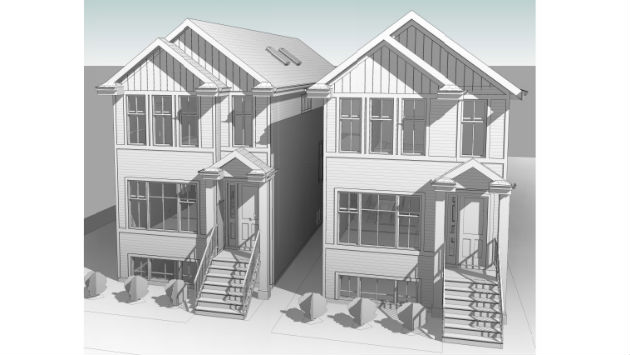 A rendering of the previous proposal rejected by the Zoning Board of Appeals.

But because ground floor commercial with residential uses above it is permitted by right under B1 zoning, the project no longer requires review by the Zoning Board of Appeals or the City Council and the condominium form of ownership means replatting of the parcel, which would require City Council approval, is not needed either. 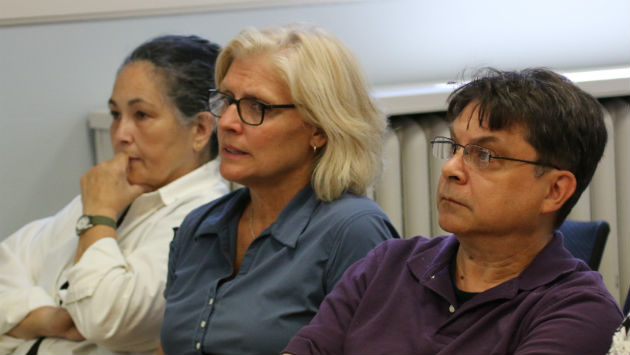 Some of the neighbors who objected to the proposal at the DAPR meeting Wednesday.

Others said they didn't object to a live-work setup if it was "true" live-work — suggesting the structures would more likely actually be used as single family homes.

Several neighbors said the new project should have to have the same front-yard setback as other single family homes on the block. Thomas has proposed a setback that would equal the average setback of all the buildings on the block — although no setback is required under B1 zoning.

At least some of the neighbors seemed to strongly prefer that only one new single-family home be built on the site, but Thomas said there was no way to do a financially-viable development of the property with just one home.

The city was faced with a similar question of how to redevelop a derelict commercial property on a B1 zoned site in a mostly residential neighborhood nearly a decade ago a half mile to the north at Lake Street and Ashland Avenue. 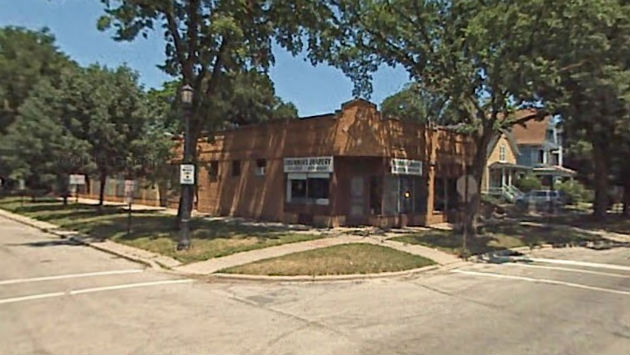 The northeast corner of Lake and Ashland in 2007 in an image from Google Maps.

The old Drummer Drapery building and an adjoining structure were ultimately redeveloped with seven live-work townhomes, with roughly a five-foot setback from the lot line. 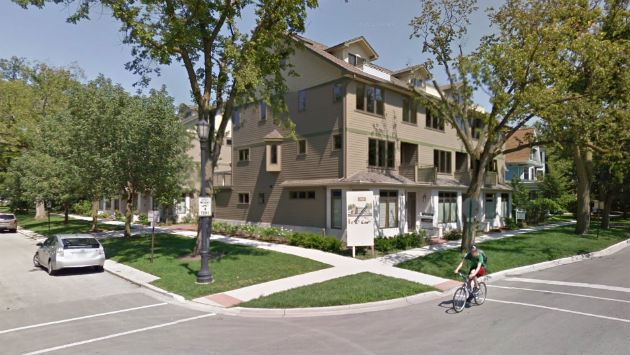 The northeast corner of Lake and Ashland in a 2011 Google Maps image.

Thomas said that as three of those units have come on the market for resale in recent years they've sold rapidly — in 10 days or less. By contrast, she said, more conventional storefront buildings in older mixed residential and commercial areas have lingered on the market unsold.

She argued that there's a strong and growing demand among independent professional workers for live-work structures where they can meet with clients without having to lead them through the clutter of their living space, but still avoid having to commute to work. 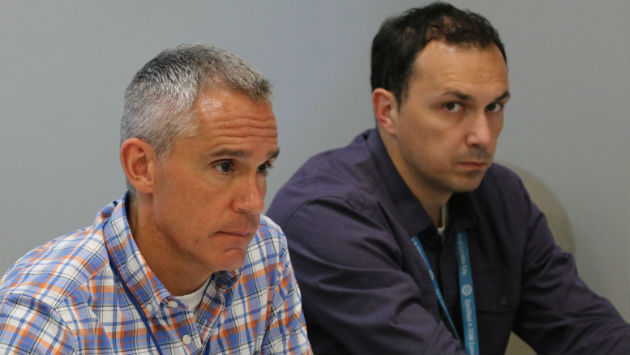 Muenzer suggested the proposal looks like a residential structure and suggested redesigning it to look more like a commercial use. He argued that the design doesn't meet the intent of the zoning code.

But the committee's other five members voted in favor of the project.

Wednesday's meeting was for a preliminary review of the proposal. It still requires another session before DAPR to get final approval.

Thomas agreed to meet further with neighbors in the meantime to try to find a compromise that would be more satisfactory to them.